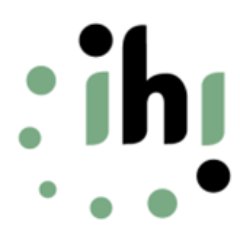 The beginning: A visit to Ifakara by zoologist Dr. Rudolf Geigy from Switzerland in 1949 marked the beginning of over 50-year history of IHI. Geigy [1920-1995], a scientist from the Swiss Tropical Institute in Basel, sought a fieldwork location for researching on tropical diseases. Eight years later, he opened the Swiss Tropical Institute Field Laboratory (STIFL) there.

The name “Ifakara” refers to “a place you go to die”, a reflection of the historically high burden of disease in the area, before major control efforts started.

Transformation: In the years after the 1961 independence, STIFL played a central role in training medical officers who could serve the country after independence. The government mandated STIFL to play the role through the Rural Aid Centre, which was designed to undertake the assignment.

Tanzania adopted the nationalization policy in the late 1960s and early 1970s which championed transferring of public institutions into the hands of Tanzanians. The policy set the stage for the integration of STIFL into a government agency – National Institute for Medical Research (NIMR) which was achieved some years later in 1990.

Ifakara Health Institute (IHI) is a leading health research organization in Africa, with a strong track record of developing, testing and validating innovations for health. We are driven by core strategic mandate for research, training and services. The institute’s work spans across the full research lifecycle from basic science to policy and translation.

Ifakara is looking for qualified individual to work as Research Scientist in the Vector Control Product Testing Unit. The candidate will coordinate all GLP implementation plans, including SOP organization, Quality Manual preparation and amendments.

A postgraduate degree in Molecular Biology and Biotechnology or equivalent qualification.

Ifakara is looking for a qualified and experienced individual to fill a vacant position of Research Officer in the Vector Control Product Testing Unit. The Officer will coordinate all GLP implementation plans, including SOP organization, Quality Manual preparation and amendments.

Bsc. Degree in Molecular Biology and Biotechnology or equivalent qualification.