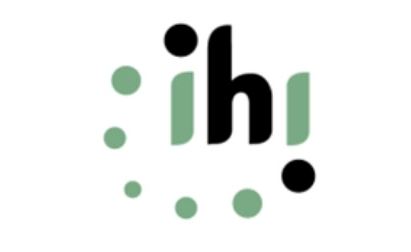 The beginning: A visit to Ifakara by zoologist Dr. Rudolf Geigy from Switzerland in 1949 marked the beginning of over 50-year history of IHI. Geigy [1920-1995], a scientist from the Swiss Tropical Institute in Basel, sought a fieldwork location for researching on tropical diseases. Eight years later, he opened the Swiss Tropical Institute Field Laboratory (STIFL) there.

The name “Ifakara” refers to “a place you go to die”, a reflection of the historically high burden of disease in the area, before major control efforts started.

Transformation: In the years after the 1961 independence, STIFL played a central role in training medical officers who could serve the country after independence. The government mandated STIFL to play the role through the Rural Aid Centre, which was designed to undertake the assignment.

Tanzania adopted the nationalization policy in the late 1960s and early 1970s which championed transferring of public institutions into the hands of Tanzanians. The policy set the stage for the integration of STIFL into a government agency – National Institute for Medical Research (NIMR) which was achieved some years later in 1990.

The following year, that’s is 1991, STIFL was renamed ‘Ifakara Centre’ and made an affiliate of NIMR. In 1996, it was made a trust and renamed, ‘Ifakara Health Research and Development Centre (IHRDC). This name lasted until 2008 when it was changed to the current one of ‘Ifakara Health Institute.

Ifakara is looking for qualified and experienced individuals to take the position of Field Dispenser in the ANTICOV project. The Field Dispenser will perform field activities and home follow up of participants at areas surrounding Amana, Mwananyamala or Temeke regional referral hospitals in Dar es Salaam.

2. Conduct follow up of participants in the community to assess their wellbeing after administration of Investigational product.

3. Guide participants through the consenting process and study procedures and consent study

4. Ensure enrolled participants return to the health facility for scheduled follow-up visits and follow up with participants who do not

5. Ensure study participants are reimbursed as per the protocol

6. Communicate with the field Supervisor on any issues from the

7. Attend study field briefs and share progress of work with the rest of the

8. Work closely with the study clinicians at the health

9. Be responsible for the study supplies and equipment’s while in the

10. Communicate with other study staff regularly at scheduled meeting and active participation in all

11. Adhere to the ICH Guidelines of Good Clinical Practice (GCP) guidelines at all times during the

12. Assist in processing and maintaining documents and scheduling

13. Perform any other duties assigned by the Superviser

i. Ordinary or Advanced Certificate of Secondary Education (Form Four or Six graduate)

ii. Experience in collecting blood samples will be added

iii. Having worked in a research

Good English and Swahili, both spoken and

Must be able to write brief reports and keep

Must be computer literate.

Must be a team player.

Able to ride a

An attractive and competitive remuneration package will be offered to successful candidates as per IHI salary scales.

IHI is an equal opportunity employer. We prohibit intentional biases or discrimination and harassment of any kind at the work place and during recruitment. All employment decisions are based solely on job requirements and individual qualifications, and our recruitment process is governed by the labour laws of Tanzania.

All candidates who meet the above job requirements should send their application letters together with their detailed curriculum vitae (CVs) showing contact addresses including email, telephone/cell phone numbers and copies of academic and professional certificates to the email address below.

The deadline for this application is 17:00hrs on Thursday September 23rd 2021. All e-mail application subject lines should include: FIELD DISPENSER – ANTICOV.

Only shortlisted applicants will be contacted for interview.