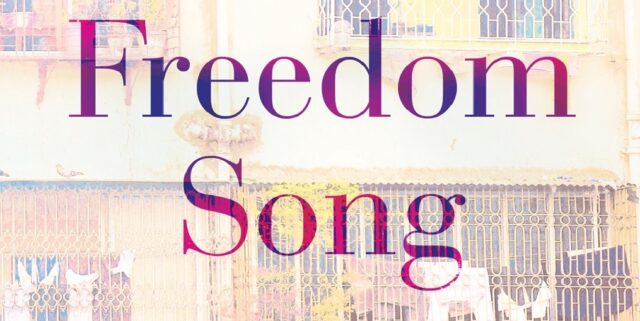 Beds her sucks down in the kitchen,

With her earning I support

Specially when I work nights.

That girl stays too long at market

Were lavished in her funeral

Marjorie Oludhe Macgoye was born in Britain in 1928 and travelled to Kenya to work as a missionary in 1954. She met and married Macgoye an MD in 1960.

This poem was written out of her experience in living among the Luo – a tribe of her husband. She criticises negligence of nurturing children among African societies.

The young Atieno suffers from poor upbringing, poor parental care, and child labour at a tender age. Without proper guidance, the young girl Atieno becomes pregnant which leads to her death.

The poem is about a young girl called Atieno who is mistreated by her own maternal uncle. She works without pay, she is not sent to school,  she lacks parental guidance thus she gets early pregnancy as a result she ends in death due to post partum bleeding.

What is the kind of the poem?

How many stanzas are there?

It has seven stanzas, each with six verses (lines) of unequal length and a refrain “Atieno yo”

What is the tone and mood of the poem?

The tone is sympathetic to the child and the mood is also sorrowful because poor Atieno died.

Largely the scheme is irregular but every second and forth lines in each stanza end with rhyme,

The persona in the poem is Atieno’s uncle. This is revealed in the second stanza where he comments; “since she’s my sister’s child/Atieno needs no pay.

How does Atieno change over the years?

Atieno changes in behaviour in respect to her age. While she is eight she is just working at home, as she reaches ten she discovers that she is poorly dressed compared to her cousins.

So she desires to dress like them wanting their shoes, dresses, and beads but as she grows fourteen, after puberty hits she stays long at the market perhaps with boys. This eventually leads her to get impregnated.

Every stanza ends with a refrain line “Atieno yo”

Fifty-fifty it may live.

Aren’t you grateful Atieno yo?

This is the freedom of the poet to break/violate certain grammatical rules to achieve a poetic effect.

Reiteration Fifty-fifty it may live.

The issue of child labour has become a burning issue that attracts the attention of most social activists. Many children are employed informally, in the streets, homes and some workplaces.

We see them selling plastic bags, candies, washing cars, helping the military rebels etc. Atieno in the poem is just one case in point. She represents this class. She is working as a house girl at the age of 8 and strangely enough without pay.

At this age she should have been in STD 2. Yet she is employed in her uncle’s home.  The poetess says

Beds her sacks down in the kitchen,

Despite the growing awareness of the violation of human rights, the world is still facing the problem of exploitation and oppression.

The young girl in the poem is not only exploited but also oppressed by her own uncle. Although she works and does all the domestic chores she is not paid nor given any good care.

The poetess suggests that she even desires to have the dresses, shoes and beads of her cousins since she is not given one. Here says the poetess.

Atieno’s sly and jealousy/Bad example to the kids/ Since she minds them like a school girl/Wants their dresses, shoes and dresses.

Again in the second stanza she shows how Atieno’s efforts are wasted without gain. This is exploitation since the reason given why Atieno is not paid is just a lame excuse.

Since she is my sister’s child/Atieno needs no pay

This is another common problem among the teenagers today. Parents are now very busy than at any point in human history. As a result teens have been left without proper parental care.

Many girls today have failed to reach their educational goals because when they get pregnancy, they are kicked out of schools altogether.

At the age of fourteen Atieno becomes pregnant. This is partly due to poor parental care. As the poetess says that her aunt has gone to study and her uncle is busy with the work while poor Atieno has no one to teach her what is right.

Atieno gets pregnancy and since she is still young to handle the delivery complications she dies of excessive post partum bleeding.

There is hypocrisy from family level to national level when you come to think of it. Most stepparents mistreat their stepchildren at home but in the outside they want everybody to believe that they are taking good care of them.

If you hear the tone of Atieno’s uncle you will certainly discover some points of sympathy. But the question is; who is mistreating the young Atieno? It’s her uncle. This is hypocrisy.

On the funeral, we are told that meat and sugar more than all that Atieno had eaten in such a narrow life were lavished in her funeral. That translates into something like, “I loved the child”. what a hypocrite!

Parenting is the most important responsibility that parents are now avoiding. Atieno goes to work in her uncle’s home at the age of eight, and her parents are not making follow-ups. While we are not told the reasons why Atieno is not living with her own biological parents, it is evident that most parents have left the responsibility of taking care of their children to the communities like schools, churches or relatives.

Because the parents are busy, they have no time to make regular follow-ups to check the kind of upbringing their children go through.

Atieno’s uncle is also portrayed as a bad parent since he mistreats his own niece.      He makes her work all day long while his wife is just sitting.

As we have seen child labour, hypocrisy, exploitation, oppression, poor parental care and early pregnancies are all common phenomena in our country today.

We see many children in the streets selling things like plastic bags, washing cars; helping the military rebels etc. many girls drop their studies due to early pregnancies.

Every day we hear of violation and abuse of children rights and parents are very busy today to the point that they cannot spare time to be with their children and listen to their problems.

Parents should be careful with the upbringing of their own children. Atieno is mistreated by her uncle since she is not his biological child.

Child labour should be discouraged at all costs.

All children should be given the right to education.

It is not good to exploit those who work for us even when they are relatives. They deserve the payment for their efforts.

Children should be given proper reproductive health education to avoid early pregnancies which may result to death as did Atieno.