Home HISTORY CHANGES IN THE PROVISION OF HOUSING SERVICES AFTER INDEPENDENCE 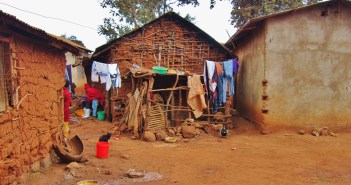 CHANGES IN THE PROVISION OF HOUSING SERVICES AFTER INDEPENDENCE

Since 1960’s most African countries were experiencing population increase especially in urban areas, as a result most countries found it very hard to cope with the demands created by the new development. For example it became difficult to meet the basic services like provision of water, housing and health services.

THE OBJECTIVES OF THE PROVISION OF HOUSING SERVICES AFTER INDEPENDENCE

Promotion of sanitation so as to avoid unnecessary suffering and to increase their life expectance.

Promotion of standards of living through establishment of modern housing for Africans.

To enhance development in the country through promotion of better planning in urban centers.

Provision of enough accommodation spaces for the citizens and do away with slums especially in urban centers.

THE PATTERN OF HOUSING DISTRIBUTION AFTER INDEPENDENCE

The best and quality houses in the continent have been in the main urban centers such as Nairobi, Mombasa, Harare and Dar es Salaam.

Soon after independence the best houses in urban centers was owned by or inhabited by the European and Asian communities, while most African communities occupy the poorly constructed houses.

Expansion of slum areas in African countries, for example Kibera in Nairobi and Soweto in South Africa slum areas has been common.

Mark of the main urban centers in the cities was skyscrapers and tall building.

Rapid growth of African population in main urban centers and in smaller towns especially among the low income groups all over the continent soon after independence. For example in Dar es salaam population growth rate rose by 14% between 1957 and 1967.

After independence the government of Tanzania did not have a systematic policy on how to deal with the challenges of urban growth however the following measures were taken to improve housing distribution in Tanzania after independence.

Control of building and land strategy so as to alleviate pressure on urban housing and community services, through creation of new residential areas and prohibiting residential in some areas which are densely populated.

Establishment of National Housing Corporation (NHC) for the aim of providing housing needs through financing. Furthermore NHC took over the management of the low cost houses which had been put up by the local government in Dar es Salaam and put up new houses after clearing part of the squatter settlement in the capital city.

Control of land allocation in the country by the government, especially those freehold lands reverted to government ownership and previous owner were expected to pay rent to the government. Conditions on development of land in urban areas were laid down to all. However priority on plot allocation, site and services schemes was given to low income areas in the urban centers.

Decentralization of the number of functions with the aim of locating new industries away from capital cities like Dar es Salaam. Also minimization of resource allocation to urban development for the sake of spreading benefits to all classes.

To stimulate development by relocating the capital city from Dar es Salaam to Dodoma300miles (480 km) west. This was a plan announced by the government in 1973.

To emphasize on the need of making use of low cost materials for construction purposes to provide housing for more people rather than following international standards blindly.

CHALLENGES FACING THE PROVISION OF HOUSING SERVICES AFTER INDEPENDENCE

Inadequate of qualified human resources, for example lack of skilled personnel like town planners to help in planning and implementing the desired programs in most African countries. Following this there were slow pace in the implementation of housing projects as a result 70% of low income housing in Dar es Salaam was part of the slum clearing projects.

Inadequate financial resources, the government expected and depended much overseas funding for the project of the housing programs. Following this most of the medium sized construction firms died as they depended on investments in higher income residential properties.

Bias in fund allocation, more taxpayers’ money was used to fund establishment of better housing for the middle class in society and less funds were allocated for the housing of the poor.

Lack of commitment among the government officers especially in the middle income cadres who did not embrace some of the new policies this was due to insufficient training among the political leaders and the government officials responsible for the implementation of the projects in the most countries.

Financial irregularities in the National Housing Corporation due to the fact that most beneficiaries of the new housing schemes were unable to pay their rents to the NHC thereby undermining its efficiency. For example in 1976 a number of NHC employees including the general manager were terminated due to financial irregularities.

Unnecessary bureaucratic procedures for one to get funds for house construction as the procedures could take several years for one to be funded this undermined the projects development.

The use of expensive and unsustainable house design and materials as a result most countries failed to be innovative in designing house for the low income earners in the continent.

ACHIEVEMENTS OF HOUSING DISTRIBUTION AFTER INDEPENDENCE

Reduction of inequalities in the income between the highest and the lowest income earners through provision of reasonable houses by local authorities in different countries.

Owning of homes in urban centers by the majority through sites and service schemes in Kenya and Tanzania.

Provision of employment opportunities for Africans through establishment of new housing schemes. For example they provided plumbing, carpentry, electrical installation and other important services to the residents.

Provision of new investment opportunities to many people due to expansion of the housing markets. For example the investment was made through establishment of high class hotels, tourism centers, commodities modernization, airports and importation of luxury commodities for the benefits of tourists from western countries.