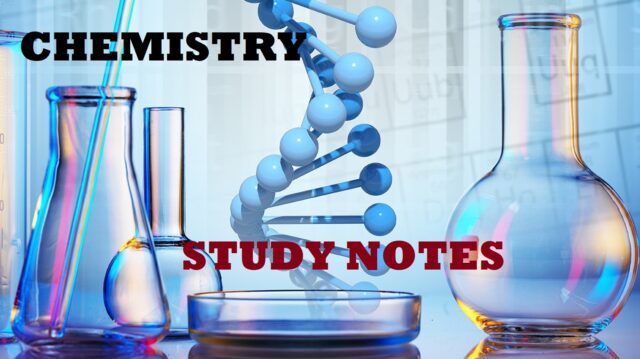 Chemistry is the scientific study of the properties and behavior of matter.

CHEMISTRY STUDY NOTES ORDINARY LEVEL:- It is a natural science that covers the elements that make up matter to the compounds composed of atoms, molecules and ions: their composition, structure, properties, behavior and the changes they undergo during a reaction with other substances.

In the scope of its subject, chemistry occupies an intermediate position between physics and biology.

It is sometimes called the central science because it provides a foundation for understanding both basic and applied scientific disciplines at a fundamental level.

Chemistry addresses topics such as how atoms and molecules interact via chemical bonds to form new chemical compounds. There are two types of chemical bonds: