Cholera is a bacterial disease usually spread through contaminated water. Cholera causes severe diarrhea and dehydration. Left untreated, cholera can be fatal within hours, even in previously healthy people.

Modern sewage and water treatment have virtually eliminated cholera in industrialized countries. But cholera still exists in Africa, Southeast Asia and Haiti. The risk of a cholera epidemic is highest when poverty, war or natural disasters force people to live in crowded conditions without adequate sanitation.

Cholera is easily treated. Death from severe dehydration can be prevented with a simple and inexpensive rehydration solution.

Most people exposed to the cholera bacterium (Vibrio cholerae) don’t become ill and don’t know they’ve been infected. But because they shed cholera bacteria in their stool for seven to 14 days, they can still infect others through contaminated water.

Most cases of cholera that cause symptoms cause mild or moderate diarrhea that’s often hard to tell apart from diarrhea caused by other problems. Others develop more-serious signs and symptoms of cholera, usually within a few days of infection.

Symptoms of cholera infection can include:

Diarrhea. Cholera-related diarrhea comes on suddenly and can quickly cause dangerous fluid loss — as much as a quart (about 1 liter) an hour. Diarrhea due to cholera often has a pale, milky appearance that resembles water in which rice has been rinsed.

Nausea and vomiting. Vomiting occurs especially in the early stages of cholera and can last for hours.

Dehydration. Dehydration can develop within hours after cholera symptoms start and range from mild to severe. A loss of 10% or more of body weight indicates severe dehydration.

Signs and symptoms of cholera dehydration include:

little or no urinating

Dehydration can lead to a rapid loss of minerals in your blood that maintain the balance of fluids in your body. This is called an electrolyte imbalance.

An electrolyte imbalance can lead to serious signs and symptoms such as:

When to see a doctor

The risk of cholera is slight in industrialized nations. Even in areas where it exists, you’re not likely to become infected if you follow food safety recommendations. Still, cases of cholera occur throughout the world. If you develop severe diarrhea after visiting an area with active cholera, see your doctor.

If you have diarrhea, especially severe diarrhea, and think you might have been exposed to cholera, seek treatment right away. Severe dehydration is a medical emergency that requires immediate care.

A bacterium called Vibrio cholerae causes cholera infection. The deadly effects of the disease are the result of a toxin the bacteria produce in the small intestine. The toxin causes the body to secrete enormous amounts of water, leading to diarrhea and a rapid loss of fluids and salts (electrolytes).

Cholera bacteria might not cause illness in all people who are exposed to them, but they still pass the bacteria in their stool, which can contaminate food and water supplies.

Contaminated water supplies are the main source of cholera infection.

The bacterium can be found in:

Seafood. Eating raw or undercooked seafood, especially shellfish, that comes from certain places can expose you to cholera bacteria. Most recent cases of cholera in the United States have been traced to seafood from the Gulf of Mexico.

Raw fruits and vegetables. Raw, unpeeled fruits and vegetables are a frequent source of cholera infection in areas where there’s cholera. In developing countries, uncomposted manure fertilizers or irrigation water containing raw sewage can contaminate produce in the field.

Grains. In regions where cholera is widespread, grains such as rice and millet that are contaminated after cooking and kept at room temperature for several hours can grow cholera bacteria.

Everyone is susceptible to cholera, with the exception of infants who get immunity from nursing mothers who have previously had cholera. Still, certain factors can make you more vulnerable to the disease or more likely to have severe signs and symptoms.

Risk factors for cholera include:

Poor sanitary conditions. Cholera is more likely to flourish in situations where a sanitary environment — including a safe water supply — is difficult to maintain. Such conditions are common to refugee camps, impoverished countries, and areas afflicted by famine, war or natural disasters.

Reduced or nonexistent stomach acid. Cholera bacteria can’t survive in an acidic environment, and ordinary stomach acid often serves as a defense against infection. But people with low levels of stomach acid — such as children, older adults, and people who take antacids, H-2 blockers or proton pump inhibitors — lack this protection, so they’re at greater risk of cholera.

Household exposure. You’re at increased risk of cholera if you live with someone who has the disease.

Type O blood. For reasons that aren’t entirely clear, people with type O blood are twice as likely to develop cholera compared with people with other blood types.

Raw or undercooked shellfish. Although industrialized nations no longer have large-scale cholera outbreaks, eating shellfish from waters known to harbor the bacteria greatly increases your risk.

Cholera can quickly become fatal. In the most severe cases, the rapid loss of large amounts of fluids and electrolytes can lead to death within hours.

In less extreme situations, people who don’t receive treatment can die of dehydration and shock hours to days after cholera symptoms first appear.

Although shock and severe dehydration are the worst complications of cholera, other problems can occur, such as:

Low blood sugar (hypoglycemia).Dangerously low levels of blood sugar (glucose) — the body’s main energy source — can occur when people become too ill to eat. Children are at greatest risk of this complication, which can cause seizures, unconsciousness and even death.

Kidney failure. When the kidneys lose their filtering ability, excess amounts of fluids, some electrolytes and wastes build up in the body — a potentially life-threatening condition. In people with cholera, kidney failure often accompanies shock.

Cholera is rare in the United States with the few cases related to travel outside the U.S. or to contaminated and improperly cooked seafood from the Gulf Coast waters.

If you’re traveling to areas known to have cholera, your risk of contracting the disease is extremely low if you follow these precautions:

Wash your hands with soap and water frequently, especially after using the toilet and before handling food. Rub soapy, wet hands together for at least 15 seconds before rinsing. If soap and water aren’t available, use an alcohol-based hand sanitizer.

Drink only safe water, including bottled water or water you’ve boiled or disinfected yourself. Use bottled water even to brush your teeth. Hot beverages are generally safe, as are canned or bottled drinks, but wipe the outside before you open them. Don’t add ice to your drinks unless you made it yourself using safe water.

Eat food that’s completely cooked and hot and avoid street vendor food, if possible. If you do buy a meal from a street vendor, make sure it’s cooked in your presence and served hot.

Avoid sushi, as well as raw or improperly cooked fish and seafood of any kind.

Stick to fruits and vegetables that you can peel yourself, such as bananas, oranges and avocados. Stay away from salads and fruits that can’t be peeled, such as grapes and berries.

For adults traveling from the United States to areas affected by cholera, a vaccine called Vaxchora is available in the United States. It is a liquid dose taken by mouth at least 10 days before travel.

A few other countries offer oral vaccines as well. Contact your doctor or local office of public health for more information about these vaccines. Even with the vaccine, it’s important to take the above precautions to prevent cholera. 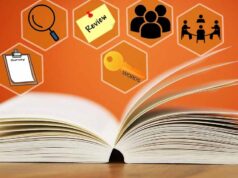 10 Ways to Influence People with Your Research How to Conduct Better Marketing Experiments 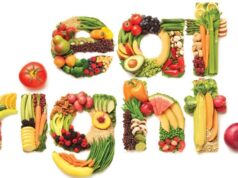 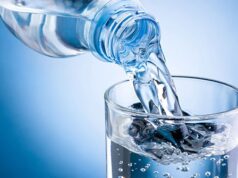