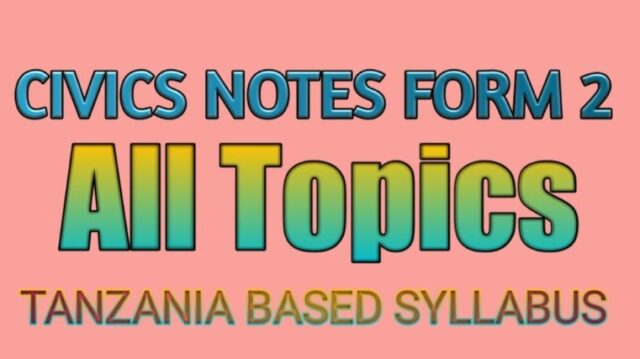 Civics is the study of the rights and obligations of citizens in society.

The term derives from the Latin word civicus, meaning “relating to a citizen”. The term relates to behavior affecting other citizens, particularly in the context of urban development.

Civic education is the study of the theoretical, political and practical aspects of citizenship, as well as its rights and duties.

THE GOVERNMENT OF TANZANIA

The term can also refer to a corona civica, a garland of oak leaves worn about the head like a crown, a practice in ancient Rome wherein someone who saved another Roman citizen from death in war was rewarded with a corona civica and the right to wear it.