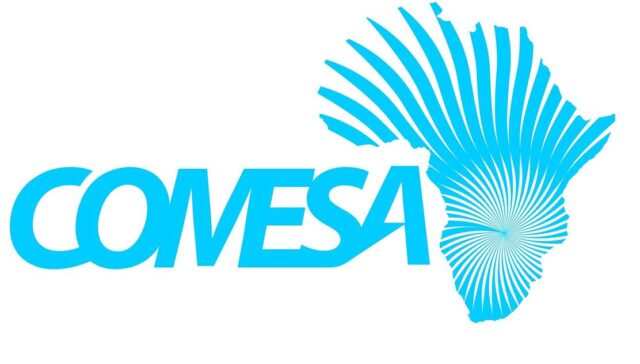 COMESA means Common Market for Eastern and Southern African States. It was established in December 1994 to replace the former PTA. COMESA is an organization which promotes cooperation on human resources, promotes peace and improve economic status of the member states.

The history of COMESA began in December 1994 when it was formed to replace the former Preferential Trade Area (PTA) which had existed from 1981.

COMESA (as defined by its Treaty) was established ‘as an organization of free independent sovereign states that have agreed to co-operate in developing their natural and human resources for the good of all their people. As such, it has a wide-ranging series of objectives that necessarily include in its priorities, the promotion of peace and security in the region.

However, due to COMESA’s economic history and background, its main focus is on the formation of a large economic and trading unit which is capable of overcoming some of the barriers faced by individual states.

COMESA’s current strategy can thus be summed up in the phrase ‘economic prosperity through regional integration’. With its 21 member states, and the population of over 385 million and annual import bill of around US$32 billion COMESA, forms a major market place for both internal and external trading. Its area is impressive on the map of the African

Continent, and its achievements to date have been significant.

Apart from economic progression other objectives are:

Introduction of a computerized system of trade and promoting trade liberalization.

Enhance the communication system among the countries.

Encouraging the private sector and creating a legalized system of work.

The COMESA states, in implementing a free trade area, are well on their way to achieving their target of removing all internal trade tariffs and barriers, an exercise which was planned to be completed by the year 2000. Within 4 years after that COMESA will have introduced a common external tariff structure to deal with all third party trade and will have considerably simplified all procedures.

Other objectives that were to be met to assist in the achievement of trade promotion include:

Trade liberalization and Customs co-operation, including the introduction of a unified computerized Customs network across the region.

Improving the administration of transport and communications to ease the movement of goods, services and people between the countries.

Creating an enabling environment and legal framework which will encourage the growth of the private sector, the establishment of a secure investment environment, and the adoption of common sets of standards.

The harmonisation of macro-economic and monetary policies throughout the region.

Several institutions have been created to promote sub-regional cooperation and development.

The COMESA Trade and Development Bank in Nairobi, Kenya

The COMESA Association of Commercial Banks in Harare, Zimbabwe

The COMESA Leather Institute in Ethiopia

In addition, a Court of Justice was also established under the COMESA Treaty and became formally operational in 1998. Further initiatives exist to promote cross border initiatives, to form a common industrial policy, and introduce a monetary harmonization programme.

COMESA offers its members and partners a wide range of benefits, which include:

Use web pages or write to us to find out more about all of these.

COMESA has evolved a comprehensive decision making structure at the top of which is the Heads of State of the 21 member countries.

There is then a Council of Ministers responsible for policy making, 12 technical committees and a series of other advisory bodies (including specific relations with partner countries and the business community).

In addition, each member state appoints liaison persons in their appropriate ministries who form part of the day-to-day communication process. Overall co-ordination is achieved through the Secretariat, based in Lusaka, Zambia.

Environmental hazards like floods e.g. the floods of 2000 in Mozambique and droughts in various parts of COMESA member countries.

Disparity in economic levels among the member states. Some countries are poorer than others, or have very high lamentable inflation rates e.g. Zimbabwe.

Three – quarters of the people in the member states live below the World Bank poverty threshold level of one US Dollar a day.

Member counties modules the sawed type of products (raw materias like minerals or crops). There are many competitions for the available market.

Multi – membership among the member states is another challenge. Member countries are members of other regional integrations like, EAC and SADC, were in some cases mult-membership create problems.

In 2000 Tanzania pulled out from COMESA, but is still enjoying two of its services:

Reasons for Tanzania to pull out of COMESA

Claims from manufactures who said that there were a lot of cheap products getting to the country and this could lead to the decline of the local industries, that produce products at very high costs.

COMESA members decided to lower their tariffs so as to facilitate movement of their goods, but at the same time Tanzania had very low rates, by accepting lowering tariffs means to reduce the revenue and incur loss.

Tanzania was the member of other regional organizations such as EAC and SADC that their objectives are similar to those of COMESA. This could have created conflicts of interest.

Failure to realize its goals that are to strengthen, develop and positively maintain socioeconomic relations with other countries. The situation was evidenced by low level of Tanzania trade. Tanzania became a looser for five years. It experienced deficit by exporting less and importing a lot. This forced the country to explore more strategies of expanding trade in this sub-continent.

Lack of seriousness among the members in implementing settled objectives. Much was planned with little or no implementation. The reasons behind this were poor infrastructure, e.g. communication and transport networks, plus poor economic base among the members.

The other reason for Tanzania to withdraw from COMESA was the influence of South Africa government where it was discouraging countries to join COMESA, but at the time convincing them to join SADC, in order to create free trade in area.

By the fact that Tanzania withdrew from COMESA in 2000, the following had happen in the country.

Smuggling of goods has increased, especial in the border between Tanzania and member countries. The commodities involved include food staffs. This created loss of government revenue and jeopardized the country’s economy.

Tanzania lost the qualification to get credits from COMESA.

Possibility of Tanzania suffering from high tariffs imposed on our goods. This is more serious to the private sector.