Debate refers to an organized or public discussion of something especially as a part of formal exchange of opinion.

Debating process is based on the ideas of open discussion and respect for differing viewpoints.

Most school debates whose structure and nature of argument is almost the same as other forms of debates are purely academic.

THINGS TO CONSIDER DURING DEBATE

When participating in any debate in school or any place remember to adhere to the following principles,

a)Greet the debate participants according to their status or positions in that debating session.

b) Extend the appreciations to the chair person and other special people who have organized the debate. You may simply say “Thank You”

c) State your position, whether you belong to the opposing side or the proposing side.

2. Repeat reading the motion and start giving your opinions and arguments according to your stand; whether you are opposing or proposing the motion.

3. Be clear during your presentation: Use the language which is understandable and the voice should be audible (heard).

4. Logical and fluent presentation of ideas/facts: For more emphasis of the point or idea words like; in fact, Due to the fact that, to prove that or my point, and for more clarification can be used.

5. Be straight to the point: This helps to keep pace with time.

6. Finish your presentation by simply saying “thank you”

During the debate, make sure you maintain eye contact with the face of judges, try as much as possible to face the audience, speak your points first and then elaborate them systematically, loudly, with clear pronunciation and precise so as to catch the time before it runs out. The judge determines the winning side through the number of points given by each side or through the majority vote or both.

EDUCATION IS BETTER THAN MONEY

Thank you the chairperson, Secretary, judge, timekeepers, main speakers from both proposing and opposing sides, the guest of honor and all the audience (members of the floor).May I first of all take this opportunity to thank the chairperson and his team for organizing this long – awaited debate.

My name is Abuubakary Jumanne Issa, I am here before you to argue for (support) the motion which reads “EDUCATION IS BETTER THAN MONEY”

First of all we need to know the meaning of the two terms education and money. Education refers to the process of imparting and acquiring of knowledge through teaching and learning, especially at school or similar institution.

The term money on the other hand means a medium of exchange issued by a government, or other public authority in the form of coins of gold, silver or other metal, or paper bills, used as the measure of the value of goods and services. For me, I support that Education is better than money due to the following strong reasons.

First of all, education is a light to each and every body, if a person has acquired education, he/ she will have put the light before his / her eyes to see whatever is in front of him/her. This is the light to know yourself and the environment surround you. With money, somebody cannot understand him/herself and his/her environment.

As much as you broaden your mind through education the wider you enlighten your mind. Take an example of a student per – suing his/her degree and another one ended up in standard four, There is great discrepancy (difference) between them.

Another reason is that education starts before somebody has even grasped what money is. Toprove this, a child can learn to use his/her right hand while eating and sitting properly or greetings the elders before knowing what money is. He/she can also understand the edible fruits in the forest before knowing the use of money. This is the fact that a person can survive without money but not without education.

In addition to that, education makes somebody be confident. It is true that when someone is aware of him/herself and the environment around him/her, he/she becomes much confident. For example you know different types of disease and the way to prevent yourself from them. This will make you confident in telling people how it is caused, the way it is spread and the way to prevent it.

Or it may happen that you are to stand in front of the people during your sister’s marriage ceremony, if you have education, you will be much confident because you are knowledgeable about how to address that mass. But for someone with money but without education, he/she will be a laughing stock.

Lastly, education simplifies life. Education simplifies people’s lives due to the fact that it has brought advanced development of science and technology. It is very easy nowadays for a person to fly from Tanzania to Europe just for a few hours; the works which was to be done a hundred of people can be done by a single robot or a computer.

This is because of education but not money can perform all of this. Money is just paper or coin whose significance and use depends on education. There – fore, I would like to end this discussion by insisting that Education is better than Money.

Thank you for listening.

Imagine that your school is due to hold a debate with neighboring school. The motion “Corporal punishment should be used in school” you are one of the main speaker. Oppose the motion.

The chairperson, the secretary, the main speaker-opposers and proposer’s side, the judges, time keeper and all members of the floor I salute you.

I am standing here to oppose the motion which states that ““Corporal punishment should be used in school”.

My first point is that corporal punishment causes conflicts between students and teachers. In this regard, conflicts act as a barrier of communicating between these groups. Students fail to grasp what teacher is teaching. Also, teachers develop hostility or dislike against these students. Hence this results to poor academic performance.

Secondly, the students who are always punished develop fear because they cannot co-operate with a teacher nor asking a question during the class session.

Dear chair person, truancy and dropping act of school (school dropout) is associated with the use of corporal punishment to those schools where it is dominant.

Lastly but not least, corporal punishment leads to inferiority complexes to both students and teachers loses confidence because he/she feels different from others. Likewise, students feel very law because they cannot claim for their rights as a result they succumb (remain) to silence.

TRAFFICKING OF GIRLS FROM RURAL TO URBAN AREAS TO BE EMPLOYED AS HOUSE GIRLS (HOUUSE MAIDS) SHOULD BE STOPPED.

Mr. Chairman, Secretary and other members. I thank you all for the opportunity to participate to express my ideas on the subject that has been mentioned.

I would like to support the motion that has been mentioned. I have four strong points to do so;

Firstly, most of girls who come to town from rural areas to work as house girls, are still young, they miss their right to education. Hence leading them not to have better future.

Secondly, housemaids are mistreated when employed, they are overworked, treated like animals and sometimes they are raped or convinced to engage in sexual affairs with the father or sons. This is humiliation and harassment.

Thirdly, house girls do not get reliable salaries; they are paid less compared to the heavy work they perform. They never get their salaries on time mostly, sometimes they are not given salaries at all despite the hard work they do. Instead of helping them financially the job brings, frustration and loss of happiness in them. This leads to some psychological disturbances to the girls.

Fourthly, it is a risk for a girl to live far from her family (parents) as she still needs parental care and guidance. This may affect all her future plans/goals because most of the employers do not care and they are not concerned with girl’s future life instead they just want their works done. These girls at their ages need to be secured and guided. Few families may handle these girls fairly as their own daughters but at large most families treat them unfairly.

Generally, the business of taking girls from rural to urban areas has many effects to them and to the large extent may affect the entire future life of these youngsters so it should be stopped.

1. Assume that your school has been invited in the neighboring school in inter – school debate competition on the motion “Colonization has brought more bad than good to Africa” Argue for or against the motion. (Give at least six points).

2. You have been invited by your neighboring school to participate in a debate with the motion “Science and technology have brought more harm than good to third world countries” write your speech to support the motion.

3. “Science and technology have brought more harm than good to third world countries” Argue for or against the motion

4. Write a debate you would support on the motion which reads”Trafficking of girls from rural to urban areas to be employed as house girls (houuse maids) should be stopped”. 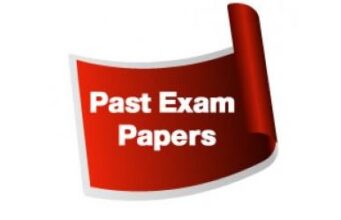