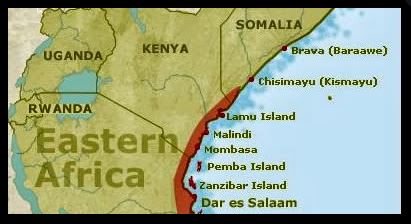 The kingdom of Buganda was geographically located on the shores of lake Victoria (in the Interacustrine region) it grew to its apex by mid of the 19th​​ century.

This was highly centralized monarchy and was one of the daughter states that came into existence after the collapse of vastly expanded Bunyoro kitara kingdom.

There existed two traditions that seek to explain the origin of Buganda kingdom, ​​

​​ The Bunyoro tradition​​ which portrays and believes that the founder of Buganda kingdom was​​ Kato Kimera​​ the brother of​​ Isingoma Lukindi Mpunga​​ the author of​​ Luo Babito dynasty.​​

​​ The Buganda tradition​​ on the other hand argues that​​ Kintu​​ was the founder of Buganda kingdom, today between thirteen and fourteen clans of Buganda accept this second tradition.​​

FACTORS FOR THE RISE OF BUGANDA KINGDOM​​

Buganda had abundant rainfall and the suitability of her soil for productive cultivation, this ensured adequate supply of food and surplus to be used in trading activity.​​

Buganda was able to acquire guns and the army was well disciplined, the army launched successful attacks against her neighbors, for example Bunyoro and Toro​​ ​​

Kabaka Mutesa of Buganda was good, charismatic, ambitious and fore sighted leader who was well committed to develop his kingdom. Also Kabaka was believed to have divine power.​​ iv.​​ Availability of iron technology;​​ iron technology was a major raw material in making of tools and weapons.​​

This was due to high production of food, the population ensured availability of enough man power.​​

The decline of Bunyoro-kitara gave room to Buganda to rise quickly and undisturbed. ​​

The Buganda kingdom had approximately 52 clans, Kabaka married from almost very important clan. Hence intermarriage was a political weapon as it brought all clans together equality among clans and ensured loyalty to the kabaka‘s dictatorship. ​​ ​​

The Buganda developed trading contacts with ​​ her neighbors that were under the governance of Kabaka, also the long distance traders acted as a catalyst for the growth of Buganda.​​

It originated from the tradition of Bunyoro, Batoro and Banyankole​​

It was founded by chwezi​​

Nyamwezi who lived in central Tanzania area group of the Bantu societies.Each of these societies had their own settlements headed by a chief and tilled Mtemi (Ntemi).

Ntemiship (chiefdom) was composed of people of shared background or kingship and believes. Each of the Nyamwezi kingdoms had a Ntemi at the centre who was helped by a council of elders the Wanyampala in administration.

Towards themiddle of 19th century more dynamic political structure developed among the Nyamwezi under Fundikira ,Nyungu ya mawe and Mirambo.

This led to the institution of the Ntemi becoming of the most powerful position;the several Nyamwezi settlements were united under one senior Ntemi.​​

​​ FACTORS FOR THE RISE OF THE NYAMWEZI KINGDOM OR CHIEFDOM​​

The expansion of real trade into the regional trade/long distance trade due to emergency of wealthy traders like the Mirambo who made the effective use of Runganga.​​

Penetration of the Europeans into the coastal interior trade. This introduced new trading pattern to the Nyamwezi traders who joined together to effective resist European pressure to stop slave trade. 4)​​ ​​ The rise of Mirambo as trader and leader used their influence to unite the Nyamwezi land.​​

The use of the gun and gun powder by the Mirambo ‗s solders,this caused the weakening of watemi submissive to his rule.​​

Growth of the towns Example :Tabora and Ujiji.​​

Unity among the people.​​

THE KING DOM OF UKIMBU​​

Was led by Nyungu yam awe​​

Founded by Nyungu ya mawe​​

Were centralized states that developed along the coast of east Africa, these were feudal states which emerged in 9th​​ century AD, they were also called city states eg, Mogadishu, Barawa, Kilwa, pate, Lamu, Mombasa, Zanzibar, Sofala and Malindi. ​​ 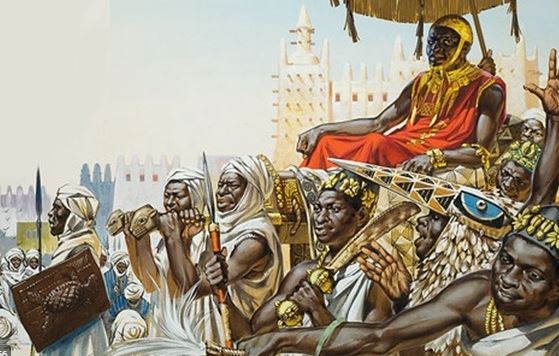