Qn. How did the world war I cause Nazism in Europe

Nazism refers to the totalitarian ideology and policies espoused and practiced in Germany under Adolf Hitler between 1933-1945.
The period following the world war one was the period of confusion in Germany. Being defeated by the allied powers, Germany was in a severe economic situation, with higher levels of unemployment and hyperinflation.

In addition, the postwar Versailles treaty had mercilessly humiliated her. People will always vote for or join a political party that they believe will increase their wealth, power, and prestige.

The Nazis realised that if they were to gain and keep mass support from the German people, they would have to tackle these serious issues.

Thus the Nazi Party had taken advantage of the economic and political unrest in Germany to gain majority approval. These conditions provided the chance for the rise of a new leader, Adolf Hitler, and his National Socialist German Workers’ Party, or NAZI Party.

WHO WAS ADOLF HITLER?

Adolf Hitler was a German dictator born on 20 April 1889 in the small Austrian town of Braunau am Inn. He was the fourth of six children born to Alois Hitler and Klara Polzl. His father, Alois, was a customs official while his mother, Klara, came from a poor peasant family.

When Hitler was 3 years old, his family moved from Austria to Germany. After the death of his father in 1903, Hitler dropped out of school and moved to Vienna where he worked as a casual laborer, shoemaker and a painter.

During the world war one, the big powers of Europe were fighting against Germany. Hitler applied to serve in the German army during the war. Perhaps here is when his political story started. He joined the army, and he was decorated for bravery, receiving the Iron Cross First Class and the Black Wound Badge when the war ended.
Adolf was frustrated by Germany’s defeat in World War, which had left the nation economically depressed and politically unstable. Disapproving the existing government, he joined a fledgling political organization called the German Workers’ Party in 1919, and in 1921 became a leader.

He then started his movements to popularize the Party, condemning the existing weak government of Weimar Republic. Through the 1920s, Hitler gave speech after speech in which he stated that unemployment, rampant inflation, hunger and economic stagnation in postwar Germany would continue until there was a total revolution in German life, and that was by voting out the existing weak government in favour of NAZI.

His movements led him arrested within few days and tried for high treason, in which in 1923, Hitler sentenced to imprisonment. His struggles never ended, while in the prison released the book “Mein Kampf” (My Struggle) in which he laid out his plans for restoring Germany’s reputation and transforming German society into one based on race.

The NAZI Party grew into a mass movement, more popularity and eventually in 1933 Hitler was appointed the chancellor of Germany by President Paul Von Hindenburg. Here is when the so called NAZI REGIME officially started in Germany.

Hitler came to power legally; he did not overthrow an existing government or seize power through the military. Hitler was approved by the German people, and appointed by president Hindenburg hoping he would solve problems faced postwar Germany, and restore Germany to the position it had before war. And when rose into power, he enforced policies which made NAZI-regime be termed as Dictatorial regime.

See also  MONOPOLY CAPITALISM
It cannot be doubted that Hitler and Mussolini formulated the most destructive political regime of the 20th century, not only because it unleashed World War II or instigated the holocaust but because of its impact on German society and Europe at large.
Germany, the powerful empire in the early 20th century effectively participated in the First World War (1914-1918) alongside the Austrian-Hungary against the Allies (England, France, Russia and the United States).

The war had to them had some imperialist motives. They all joined the war with the hope to strengthen their colonial empires and economic gains.

Surprisingly the war drained the big nations of Europe of all their resources. Much more affected, was the defeated Germany.

<> Firstly, the war left Germany economically depressed. Germany more than any other country in Europe fell on hard times. It is basically clear that during fighting many nations stop production and concentrate on fighting.

<> Secondly, the war caused social miseries like poverty and unemployment. The First World War was a calamity for Germany and Europe. Problems such as poverty, mass unemployment, famine and hunger were very common in post war Germany. Hitler became the new hope of Germans as he promised economic glorification of the country.
<> Thirdly, the war increased communist threats. Bad economic situation in post war Europe, and the success of communism in Russia, caused the increase of communist attempts to seize power in Germany.

Socialism was threatening European societies, as people now saw it as the solution to their social and economic unrests. This directly threatened the rich and business, something which made them support anti-communist leaders

<> Fourthly, the war left Germany in politically unstable. Economic problems contributed to instability, which in turn helped fascist rulers gain power. The start of the Weimar Republic was marked by political unrest all over Germany.

Germany was by the time split in a dozen of political parties, each with its own policies. People were bitter and angry about Versailles, unemployment and infl ation. Protests took the form of strikes, demonstrations, political assassinations and even attempts to overthrow the government. The biggest uprising took place in the capital, Berlin

<> Again, big powers were disappointed with the Versailles terms. On one side, Germany was unfairly punished by the terms of the treaty on ground that she was the causative of the war.

She had for example, to pay for the war reparation, disarm, dispossess her African colonies and surrender Alsace and Lorraine to France. This had great impact to the German political atmosphere, and thus led to the rise of dictatorship

The war had ruined the economies of Europe, leaving countries which had previously succeeded in economy, with mass unemployment, inflation and many other economic problems. 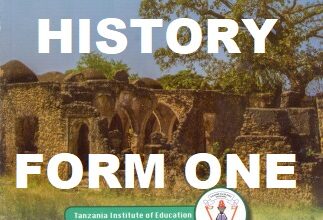