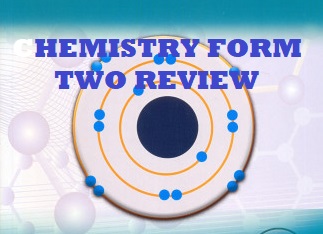 Choose the most correct answer from the given alternatives.

(i) Which of the following compounds is not likely to contain hydrogen?

(iii) Hydrogen gas is used to fill weather balloons because

B: it is heavier

C: it is abundant

D: it is lighter

A: oxygen and helium

B: hydrogen and helium

(vi) _________ observed when a wooden glowing splint placed in a tool in which hydrogen is contained.

(vii) When it is mixed with hydrogen a very hot flame is produced.

(viii) Which of the following can not be used to prepare hydrogen gas?

A: reaction of water with carbon at room temperature.

B: reaction of dilute acid with zinc

(ix) The following statement is not true about hydrogen.

A: it is lighter than air

B: it burns with blue flame

C: it is colourless

A: electrolysis of copper sulphate

B: electrolysis of bases

(iv) the property of hydrogen to have less denser than air

(v) Reason for hydrogen to be used in production of fuel

A: is reason for it to be filled in weather balloons.

E: reacting with other substances at high temperature.

(i) Oxidation is the addition of hydrogen to the substance.

(ii) reduction is removal of hydrogen from the substance.

(iv) Hydrogen is most abundant gas on the earth.

(v) Hydrogen made under the process known as Haber process.

(b) Explain how we can identify the presence of hydrogen?

(a) chemical properties of hydrogen

(b) physical properties of hydrogen

(a) collected by downward displacement of water?

(b) is not found in the atmosphere?

(i) Hydrogen is used in the synthesis(production) of ammonia.

This is done on large scale through the

(ii) Hydrogen is used in the Manufacture of margarine.

This flame can be used for welding and cutting metal.

(iv) it is used to make fuel since it is highly flammable.

(b) Hydrogen identified if explosion with a pop sound observed when the gas come into contact with a wooden glowing splint.

Is used to transfer acidic solution into the flat bottomed flask.

Is used to mix acidic solution(hydrochloric acid) with zinc granules.

Is used to transfer hydrogen into beehive stand.

Is used to connect delivery tube with gas jar.

Is used to collect hydrogen gas

Is used to hold water.

(i) It combine easily with other chemicals substance at high temperature.

(ii) It does not usually react with other element at room temperature.

(iii) It is highly flammable and burns with a blue of flame.

(iv) It reacts slowly with oxygen to produce water.

(v) It is neither acidic nor basic

(b) Physical Properties of Hydrogen

(i) It is tasteless, colourless and odourless.

(iii) It is lighter than air, Therefore it is in the atmosphere.

(iii) It is only slightly soluble in water.

(iv) It does not support combustion.

8.(a) hydrogen is collected by downward displacement of water because it is slightly soluble in water.

(i) Electrolysis of water

Electricity used to decompose water into hydrogen and oxygen. In this process hydrogen collected as gas at the cathode.