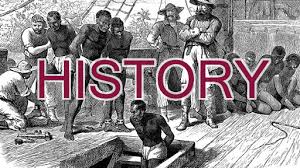 There was the framework of central administration used by the British in Kenya.

Indirect rule was a British system of administration where African chiefs who were in power before the coming of the British were allowed to continue ruling under the British District Commissioners.

In order to effectively administer Kenya, the British government introduced a central government which had the following structure;

i. The colonial secretary based in London

ii. The Governor or Chief executive officer based in Nairobi

iii. The Provincial commissioners who were in charge of provinces

iv. District commissioners who were in charge of districts

v. District officers who were in charge of divisions

The African chiefs had the following duties:

i. Solving petty disputes among Africans

Reasons for Indirect Rule in Kenya

i. It was cheap because African Chiefs did not require to be paid high salaries.

ii. The British controlled many colonies and suffered lack of enough personnel.

iii. There was less resistance from Africans because they were being ruled by their fellow African chiefs.

iv. Due to poor transport and communication network, the British could not access some of the rural areas.

v. The system was already successful in other areas, for example, India.

Effects of Indirect Rule in Kenya

i. The appointed African chiefs facilitated implementation of colonial laws.

ii. It made African communities to remain divided as the appointed chiefs supported colonial administration.

iii. The British policy of divide and rule led to isolation of Africans along tribal lines to serve British interests.

iv. The creation of chiefs in the former stateless societies made them mediators between the ruler and the ruled. This led to colonial misrule whereby Africans suffered from unpopular colonial laws.

Explain the stages of the process of an Archaeological Survey