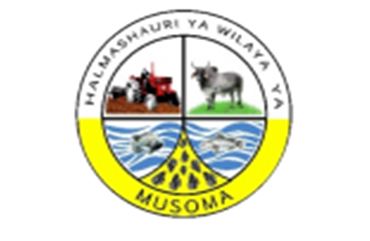 Its administrative centre is the town of Musoma. The district is bordered to the east by Butiama District, to the south by Bunda District and to the west and north by Lake Victoria.

According to the 2012 Tanzania National Census, the population of the Musoma Rural District was 178,356.

As of 2012, Musoma Rural District was administratively divided into 14 wards.[2]

Musoma District Council (MDC) is one among the eight Local Government Authorities of Mara region which  was formed on the first day of January 1984.

It lies between 1°30’ and 2°00’ latitudes south of equator and between 32°15’ and 30°15’ Longitudes East of Greenwich. It is boarded by Tarime district to the North, Serengeti to the East, Bunda to South and Lake Victoria to the West.

To build the capacity and empower the community and involve all stakeholder in deciding, planning and implementing development initiatives through proper utilization of the available resources and by adhering to the principles of transparency and accountability.

A community that is responsible for its own development, quality life, sustainable economic growth, quality social economic services and peace by 2018.