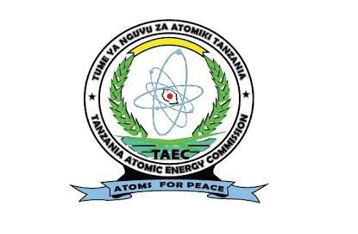 (i) control of the peaceful uses of nuclear technology,

(iii) advising the URT Government on matters pertaining the International Atomic Energy Agency (IAEA) and all the entailing conventions and agreements on nuclear energy and atomic energy.

The functions of TAEC as given in section 6(1) of the Atomic Energy Act No. 7 of 2003 can be categorized into four groups as follows:-

Advise on policy issues and Provide information in the light of currently available knowledge on the proper, safe and peaceful uses of atomic energy and radiation sources, the possible hazardous effects, and the appropriate methods for enhancing the Protection of workers, patients, the public generally and the environment from harm by radiation;

Establish or adopt, in consultation with competent bodies inside and outside the country, standards of safety for the protection of health and the minimization of danger to life and property and to provide for the application and supervision of these standards in all undertakings or Practices involving the use of atomic energy and radiation sources;

Advise the Government on the administration of the International Atomic Energy Agency Safeguards and other related International Nuclear Agreements, Protocols, Conventions and Treaties;

Establish and operationalize or implement a system for the control and authorization through registration and licensing of the importation, exportation, movement, possession or use of atomic energy and radiation sources;

Review and assess submissions on safety from the operators both prior to authorizations and periodically during operation as required;

Carryout regulatory inspections and ensure that corrective actions are taken if unsafe or potentially unsafe conditions are detected;

Exercise regulatory control over all matters relating to ionizing and non ionizing radiation;

Establish and operate or facilitate the establishment and operation of a system for the control of radioactivity in foodstuffs, animal feeds and the environment; and for the management of radioactive waste emanating from various atomic energy and nuclear technology applications;

Formulate and operate a national radiological emergency and preparedness plan;

Inspect any radiation Practices or radiation Premises and where there is a breach of safety standards, order the closure of such Practices or premises or take action for locking the Premises;

Co-ordinate and make provision for, or carry out, or facilitate the carrying out, through the establishment or designation of institutions, the development or practical applications of atomic energy and nuclear technology for safe and peaceful purposes, including the production of electric power using nuclear reactors, with due consideration of the safety and needs of the nation;

Establish and operate a system for the registration of, and the dissemination of information relating to research findings under this Act and to promote the practical applications of those findings for the purposes of advancing the peaceful and more advantageous use of atomic energy and radiation sources in the United Republic, and the effectual protection of workers, patients, the public and the environment from radiation harm;

Promote national and international co-operation or collaboration on the applications of atomic energy and nuclear technology already introduced or intended for introduction in the United Republic;

Foster and facilitate the exchange of scientific and technical information, and the training of scientists and experts in the field of peaceful uses of atomic energy, nuclear technology, radiation protection, nuclear safety and waste management;

ii.To assist in attracting research funds through various activities including writing fundable research proposals and creation and maintaining of linkages;

iii.To assist in formulating and implementing programs for the training of persons to be qualified experts in areas such as the development and practical applications of atomic energy, nuclear technology and the use of radiation sources and radiation protections;

v.To assist in performing Atomic Energy functions related to regulatory or promotion of peaceful use of radiation, nuclear science and technology; and

vi.To perform any other duty as may be assigned by supervisor.

Bachelor Degree with a minimum of upper second class in one of the following fields: Food Science, Food Technology, Food Safety or any related food science discipline in food processing, preservation, packaging or storage from any recognized higher learning institutions which are justified by TAEC. Candidates with Food Irradiation Technology will be given higher priorities.