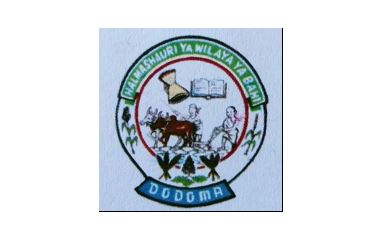 Bahi District is one of the seven Districts of Dodoma Region. The district was officially established in 2007 and has a total area of ​​5,948 square kilometers with 4 divisions, 22 wards, 59 villages and 553 suburbs.

The political situation is calm where the District has seven active political parties which are CCM, CUF, SAU, CHADEMA, TLP, NCCR-Reform and ACT – Patriots. In addition, the District has 22 elected Councilors, 6 special seats and 1 elected Member of Parliament;

The security and safety situation is good and all the dollar agencies together are fulfilling their responsibilities.

The vision of Bahi District Council is to be a model council in the Country for provision of economic and social services with regard to sustainable development.

The Mission of the Bahi District Council is to facilitate and coordinate the provision of quality economic and social services to the communities through participation of different stakeholders.

Dodoma Region is one of Tanzania’s 31 administrative regions. The regional capital is the city of Dodoma. According to the 2012 national census, the region had a population of 2,083,588, which was lower than the pre-census projection of 2,214,657.

For 2002-2012, the region’s 2.1 percent average annual population growth rate was the twentieth highest in the country. It was also the seventeenth most densely populated region with 50 people per square kilometer. The main tribes of the region are the Gogo, the Warangi, and the Wasandawi; Dodoma means “sunk” in the Gogo language.

The Dodoma Region lies in the heart of Tanzania in the eastern-central part of the country, the main city being about 300 miles (480 km) from the coast.

The Wami River Sub-Basin “extends from the semi-arid Dodoma region to the humid inland swamps in the Morogoro region to Saadani Village in the coastal Bagamoyo district”, and the Kikuyu River also flows through the region, flowing near the city of Dodoma itself.

Bahi District is one of the seven districts of the Dodoma Region of Tanzania. Bahi District is bordered to the north by Chemba District, to the east by Dodoma District and Chamwino District, and to the west by Singida Region. Its administrative seat is the town of Bahi.

According to the 2012 Tanzania National Census, the population of Bahi District was 221,645.

Paved trunk road T3 from Morogoro to the Rwandan border passes through the district.

The central railway of Tanzania passes through Bahi District as well and there is a train station in Bahi town.

All application should be sent to: