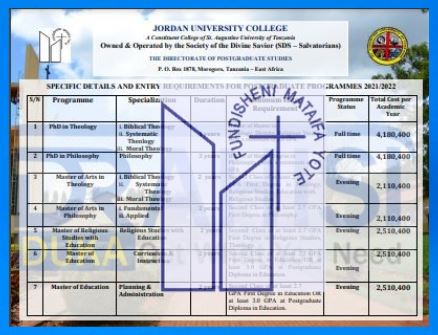 The religious Superiors of the congregations working in Tanzania agreed early on with the Salvatorian Mission Superior, Fr. Andrew Urbanski, SDS,

That there was a need for a higher education institution for their religious members, particularly those who felt called to the presbyteral ministry.

To the delight of all concerned, preparations for such an institution began at Kola, in the Tanzanian town of Morogoro.

Discussions about this project began in 1988 at the annual meeting of the Religious Superiors Association of Tanzania (RSAT).

Some time later, it became clear that the proposed institution needed both a Philosophical and a Theological Department.

The Founder of the Salvatorians, Fr. Francis Mary of the Cross Jordan, was chosen as the Seminary’s patron. The Salvatorians in Tanzania were granted permission to sponsor the project.

The respective nihil obstat and blessings were given by the Rt. Rev. Bishop Adrian Mkoba, Ordinary of the Morogoro Diocese (on February 22, 1988),

And the Rt. Reverend Archbishop Anthony Mayala, then Chairman of the Tanzania Episcopal Conference (in his letter of March 2 of that year) on behalf of the Conference.

On September 2, 1990, Pope John Paul II blessed the cornerstone of this Seminary during a meeting with clergy and religious during his pastoral visit to St. Peter’s Church in Dar es Salaam. 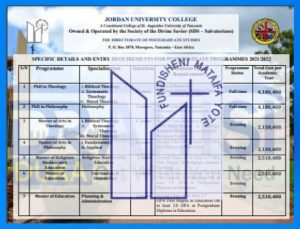 The conversion of the Salvatorian Institute seminary into Jordan University College as an open higher learning institution was based on two goals:

1. To make a more effective contribution to the local church by:

Continuing preparation and formation of candidates for the priestly and religious life; Offering programmes that prepare lay people for the Church’s mission in the twenty-first century.

2. To contribute to the local community in accordance with Tanzania’s Development Vision 2025 by:

JUCO is committed to increasing access to high-quality higher education in Tanzania and beyond by providing competitive, demand-driven, and community-relevant academic and professional degree and non-degree programmes.

JUCO aspires to be a self-sustaining excellence centre in higher education dedicated to the advancement, refinement, dissemination, and application of values and knowledge in order to understand and transform our world from within and within our context.

African Studies and philosophical subjects embedded in every BA department emphasise the importance of motivating, emphasising, 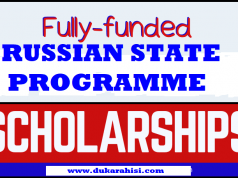 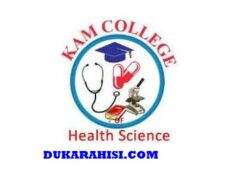