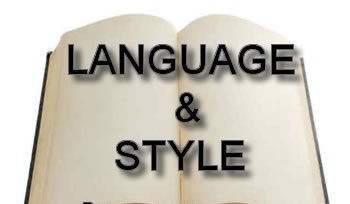 Is likely to have informal language

Features expected to be seen

Characterized by Colloquial, Idioms and slang vocabularies
Colloquial vocabulary refers to the words used informally especially in everyday conversation, such words are avoided in formal writing or   speaking, this is evident in casual style were people predominantly use this kind of language variety.

I told him to shove off

Such words are used in spoken (conversation ans)

are used they are meant at be humorous (funny).

The grammar of a conversational style is characterized by the following

When the speaker thinks what to say in the act of on utterance, these expressions are used as fillers for gaps

  Use of sentences beginning with coordinators are used because the sentences are said in response to what is been discussed.

E.g. But he didn’t attend the party

Or may go to Arusha

And they took everything in the shop

  Use of non – sentence expression

E.g. see you there

Pleased to meet you

  Use of simple sentences

Language of conversation is characterized by use of sentences that are simple in that they lack subordination or use them very rarely.

E.g. I will be there

  Use  of short responses

In conversations were we know the context very well we may use short responses because we are aware that the speaker knows what is taking place when we are speaking.

To Arusha (for – where did you go last week)

Short responses save time that could otherwise have been used

    Use of contracted forms

  Use  of question tags

a. Yes she did

d. Yes, but not that much

Some of the info may not be said since the speakers know the premise of discussion making it hard for a passerby to understand what they are saying.

B- You took alcohol?

Exercise:
Carefully write a dialogue between two street boys arguing over a possession. Then show the evidence of a conversational style in you dialogue according to

b) Lexical level of Analysis

Omar :  What do you mean you had it, where is it right now?

Adam :  Shit happened to me

Omar :  Don’t give me crap, where is the iish

Adam : Think I lost it

Omar :   Before what (grabs Adams neck)

Omar :  Give me answers fool, that shit cost us our lives (he lets go Adams neck)

Adam :   (coughs while holding his neck) i will look for it

-Use of interjections such as Aah! To show pain what! To show the act o surprise (omary’s reaction after Adams confection of losing the item)

-Use of hesitations such as….. eeh…. uumm

(Adam hesitates to tell the truth)

-Use of short responses such as “yeah” for – you good)

– Use of question tags such as

You still have the crush, don’t you?

-Use of incomplete  sentences

The dialogue does not give room for a passerby to tell what the argument is about, the topic is discussion is made a secret through not mentioning it or use of words such as cash which not many are familiar with.

– The use of colloquial vocabulary such as piss off

– The use of  slang vocabulary such as oh in the dialogue

Such conversation can be found recorded in novels, plays short stories and journal interviews

The features found are as follows

1. The use of exclamation marks – To show emotion

A -The man is dead

2. The use of italics, bolding, capitalization and underlining to show unusual stress especially emphasis.

Normally the conversational style is phonologically shown by the rise of the voice to a louder volume or higher pitch.

1.In the example below, the emphasis (loud volume words) is shown by the use of capital letters.

You don’t want me to but a will

2.Some people use a pronunciation that is dialectically identified to the direct of the people in the pronunciation.

3.I humorous style some speakers  imitate sounds of the people being quoted, in principal this is an informal style in that it is said that the style deals with matters which are not very serious.

–          It is a language style which lacks all the features to be found in the conversational style.

–   Unlike these works, plays use the conversational style

–   Imagery and other figurative expressions

Winnie had been brought up a staunch Roman Catholic her parents had been little short of fanatic. She could not recall a day when her parents had missed a Sunday mass unless they had been seriously ill. Even then,  armed with a rosary, the invalid  would keep on saying one after the other, the “ Hail Marry” the” our father” and “glory be to the  father not less than seven times a day………………………………….

The extract about is full of figurative

“Her parents had been”

“Armed with a rosary”

“Those two were more catholic than the pope himself”

a.       Lexical features  of a formal literary style

–  Use of symbolic words: most literary works use words that stand for things other than what they say.

–  Use of emotion evoking words such words are found by the use of imagery.

Reader is affected by words that appeal to various senses such as touch, smell, taste, sight and hearing.

-Use of the simple and complex sentence done to maintain variety

Language of literary  works use both simple and complex sentences, complex  are mainly descriptive because they full tell the readers  about the characters as well as incidents  at the setting at which such incidents took place.

This is the language used by people of the same specialization such as lawyers, teachers, and doctors.

It can be referred to as a Jargon. It’s understood by specialists therefore outsiders like you and I cannot understand.

Words like photosynthesis, phyla, etc can be understood by biologist’s nouns, adverbs, morphemes by linguists.

1.Its characterized by the use of technical terms that is words that are meant to be understood by specialists of a given field.

2.The use of impersonal language i.e. most of the statements are passive (not interested with the subject but the action).

3.  It sound objective e.g. Fruits are served with lunch

4.  The sentences  are well connected so as to show a logical flow of ideas

5.  It shows headings and subheadings which make readers know which issue is included under the other.

Uses general statements that are mainly in a simple present tense and are used as if they are principles e.g. the Archimedes principle states that when an object is partially or totally emerged in water, the water displaced has the weight equivalent to that of the object emerged.

Various examples of a technical style

This is the style that we find in natural sciences such as Biology, chemistry, physics etc

Lexical features of the scientific style

1.Makes use of words that have Latin or Greek origin e.g. diameter

2.They use S.I units for measurements which are internationally recognized e.g. 4 kg 45dm

3.  Use  numbers and formulas

4.  Use abbreviations for S.I units

1.  The use of passive voice

Passive voice is dominating used in order to make the information being presented sound objective aim is to make scientific findings look different from opinions, the observes distant themselves from

E.g.: “The experiment was carried out, 1st a small amount of calcium carbonate was hated. Then a colorless gas was liberated. The gas was tested using burning splint. The splint stopped burning. It was then concluded that the gas was carbon dioxide”.

In the text above, we do not know who performed the experiment because the report is given in passive voice.

2.The use of past tense in reporting experimental findings in the text above, we can see that the report is in the post tense. This is something common in most experiments.

3.The use of completed sentences

1.The use of diagrams  and figures as well as tables for illustrations

2.The use of symbols

The long of science is full of symbols that stand for various measurements; they include things like â„‡, ÆŸ, ∏, H2SO4

3. Well patterned  paragraphs as well as headings  and subheadings 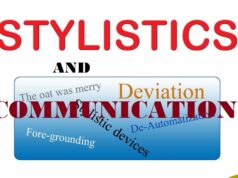 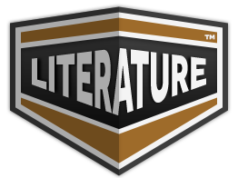 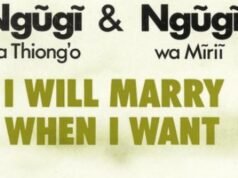 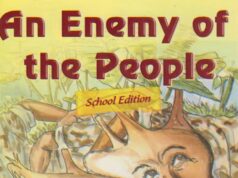 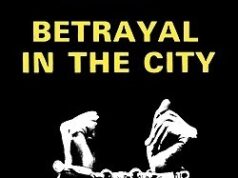