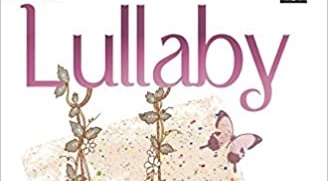 A member of a people who live in Southern Ghana.

Someone would like to have you for her child

Someone would like to rear you on a costly mat

Someone would like to place you on a camel blanket

I have to rear you on a torn old mat.

Someone would like to have you as her child

but you re mine.

NB:- Lullaby is a soft gentle song sung to make a child go to sleep.

What is the poem all about?

The poem is all about the intense feelings of affection of a mother for her child. She loves her child so much that is why she takes care of it (the kid).

Who is talking in the poem?

The person talking in the poem is a mother (a parent of a child). She is actually the one who sings this beautiful song to her child in order to make the it go to sleep.

Who is the addressee of the poem?

The addressee of the poem is a child who is being taken care of by its mother. The child is actually the one to whom the song is sung to.

Is the poem relevant to your society?

The poem is very relevant to my society because even in my society there are parents with true love to their children and provide them with basic needs.

The tone of the poem is happy and exciting. The persona is very happy and excited as she is shown using a beautiful language when singing this son to her child.

What is the mood of the poem?

The mood of the poem is happy. It makes us feel happy when we realize that we are both loved and taken care of by our parents.

What kind of a poem is this?

This is a lyric poem (Song) as it is both very short and expresses serious personal feelings of love (affection) of a mother to her child.

Comment on the use of figures of speech and musical devices.

Someone would like to have you for her child

,, would like to rear you on a costly mat

Someone would like to place you on a camel blanket

Why do you think the poem repeats the same phrases?

The poem repeats the same phrases for emphasis. It shows how great the extent of a true love of a mother for her child is.

What are the themes found in this poem?

The themes found in this poem are true love, poverty and the position of woman in the society.

The term love refers to an intense feeling of deep affection. There is true love in this poem between a mother and her child. Despite the mother being poor, she loves her child very much as she is seen taking care of it.

{iii} Position of woman in the society.

The poet of this poem portrays a woman in a positive way; the woman is shown as a caring mother having a true love for her child.

This is very contrary to some other types of contemporary women who reach a point of killing their new-borns (infants) through abortion or throwing them in pit latrines or just leaving them into disposal areas.