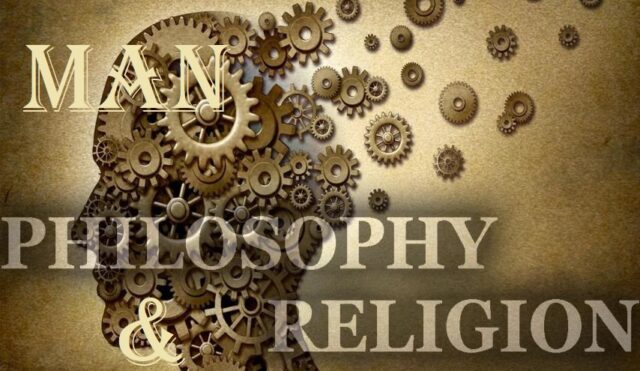 Man is the center of discussion because of his/her peculiarity in designing, discovery, innovation, reasoning, thinking, loving, believing and so forth. Thus, various disciplines prevailing in the world have direct relationship with man. Some discipline such as philosophy, science, arts, theology, just mention a few impacts on man and vice versa is true.

Etymologically the term philosophy is a Greek word which is derived from two words which are “Philos” and “Sophia” meaning “Love” and “Wisdom” respectively. Therefore from the two words, philosophy means love or the pursuit of wisdom. However, from the meaning given here one may not be able to get a real and profound meaning of the concept philosophy.

This is because loving wisdom does not make someone a philosopher, if it could be a philosopher since everyone loves wisdom and wants to be a wise man in a society. Therefore, being a philosopher there is a more than loving the wisdom. The complete meaning of philosophy is in its comprehensives and detailed meaning.

At comprehensive level, philosophy means rational critical thinking in a more or less systematic kind about general nature of the world or reality, the justification of belief, the conduct of life and correct reasoning. It is the study that tries to speculate about the reality of existence of everything in the world.

Since several things of various kinds make up the world, many people have been contradicting on formation or origin of all these things on the Earth .Some believe that everything was created by super natural power known as God, and therefore he is himself  responsible in everything relating to creation, formation and existence.

Some people don’t agree with this argument, they try to study many forces and circumstance that cause the formation of different things on the world. These forces to them are seen as the main cause for existence of something on earth like mountain, rivers, lakes and so forth.

Philosophy as a discipline engages fully in these debate to find out the reality of existence of all things on earth through correct reasoning. Philosophy always asks questions like how do we know? What is fact? How much do we know?

Philosophers are seen to have advocated their philosophical ideas focusing on two approaches. These are

This is the school of thought which emphasize the reality of anything to have been associated with the mind conscious (idea). These believe that it is only idea which is real and not material object.

The idealists suggest that an idea is the primary unit of material, the idea starts first in our minds then an object is structured and deigned to reality.

The profounder of idealism here are Plato, Hegel and G. Berkeley

It is the school of thought criticizing the idealists according to them the existence of objects depends on experience over any material and the inductively reasoning (reasoning/ judging from specific to general).

The materialists believe that an object is real simply because even the universe is material in nature. So by them material/ object starts first then ideas are produced from the material. Philosophers here are Karl max, Aristotle, V. I. Lenin who is also considered to develop communism with Karl max who called it socialism.

This was the school of thought which supported the idea of scientific observation and experience in suggesting the nature of reality.

They believed that the nature of reality is an observation of experimental changes of the material rather than basing on beliefs ideas. Basing on scientific observations and experiments, the modern approach also suggest some other ideas given the existentialism, neo Marxism and Marxism which is all much focus on the reality of humanness and consideration of human being as the only unique creature in the world .

“Philosophy” can be traced back to the time when human being began to wonder about their world with a desire to find answers to physical and non physical phenomena. Man centered on speculation about origin of the universe and its existence of things on the universe.

The philosophical ideas and speculation have been changing on time and space. Some written records available today trace the beginning of philosophy in 6th   C (BC) in parts of Asia and Europe.

In case of Africa there are no defined documents revealing an existence of philosophy. This is because in Africa there was absent of written records, however, this cannot deprive the truth of possessing its own philosophy because people of Africa also could examine the question of reality, truth, value and reasoning.

As it has been noted above philosophy and philosophical ideas have been changing overtime and space. The changes are closely connected to the developments in all spheres of human society as well as development of science and technology.

Philosophy is the Greek word having the two words. Philo means the love of or pursuit of and Sophia means wisdom (knowledge). The simple meaning two combined words is the love of wisdom or knowledge. Loving wisdom involve seeking to know and understand about what things are in their nature reason of existence and outcome of their existence.

Wisdom is the state of using intelligence in doing anything by acting planning or thinking.

Philosophy can be defined as the rational speculation about the reality of anything existing in this world. This study involves critical thinking which is systematic on the nature of the world by giving justifications under the basis of belief correct conduct of the life.

Philosophy is the study of nature causes and principle of reality, knowledge and values basing on logical reasoning rather than empirical method. It deals with attempt to discover the meaning and purpose of existence through reflection of all dimension of thought.

Being the concept of philosophy in its meaning involves three technical explanation:-

Philosophy as an activity

In this part philosophy is said to involve questions, asking question and think about them all in the nature of all existing things in the world. The people who are concerned in this work (asking question and thinking about them) are termed as philosophers e.g. Socrates, Plato, Aristotle, Karl mark, Fredrick angels, T. Kennedy Kwame Nkrumah , J. K. Nyerere, Sidhatta Gautama, Jesus Christ, Mohammad.

The activities of asking questions and think about them are categorically put in the following area:

Synthesizing: It is providing a comprehensive view of the work, reality from questioning and critically thinking on the question. Example saying biology is study of living things or geography is a study of environment.

Speculation: It is thinking beyond what can be demonstrated physically e.g. talking of shape and appearance of God or gods.

Prescription: It is establishing a norms, standards, conducts and ethics when performing or approaching a given philosophical idea. It also involves thinking.

Analysis: It is critical examination of the words to use in communication when operating given philosophical idea.

It start first with the idea develop in active mind. Therefore the first need of a person to have an active mind that will bring to development of new philosophical   idea is commitment, self awareness, desire of completeness in work and desire of speculator examination of phenomena (wishing to go deep in understanding of reality). Allowing that to happen our mind needs flexibility and openness so as to allow the new ideas that might be philosophical when examines.

Philoso­­­­phy is found so since, and it deals with the areas of asking question and forming the answer on what is in conjunction with giving justification on the nature of reality. It is a body of knowledge.

What is reality? (Metaphysics)

What is value/ beauty? (Axiology)

What is nature of the truth of knowledge? (Epistemology)

Philosophy can be traced back to the period when man started to speculate the physical as well as the man’s physical phenomenon in the universe. Philosophy started with wondering or curiosity. That is why it is called search of wisdom.

Philosophy started with rising questions. For example “what next after a person has died? Is there another life part from the Universe life? If there is, where?

By its origin the classical period of philosophy is traced from philosophers in Athens which is divided into four large eras.

This is the time when philosophical ideas were said to originate and initiated by philosophers like Socrates – (469 – 399 BC), Plato (427-347 BC) and Aristotle

This is sometimes known as modern philosophy and is influenced by technological innovations. During this period new ideas about human experiences had started to gain momentum in the 16th century in Europe, later Asia and other parts of the world like Africa. The prominent philosophers of this period include Karl Max, Fredrick Angles, George W. F, Hegel, Lenin Kwame Nkrumah and J. K. Nyerere.

There is no evidence about time when philosophy started in Africa. However, much like the same historical development in the field of philosophy in other part of the world, philosophy that emerged in Africa was also based on discussing the reality of things in the world.

THE SIGNIFICANCE OF LANGUAGE TO A SOCIETY
Language has a number of significances to play in a ...

THE ROLE OF THE TUDOR MONARCHY TO THE DEVELOPMENT OF MERCANTILISM...