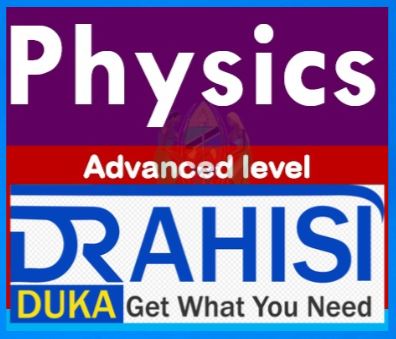 A collision is a process in which two or more bodies suddenly smash into each other.

An impact at the point of the collision causes an impulse on each of the colliding bodies’ resulting in a change in momentum.

There are mainly two types of collision.

The collision whereby the colliding bodies take very short time to separate is known as elastic collision. In this kind of collision, both the momentum and kinetic energy are conserved. Fig 4.18 illustrates the collision of two spherical bodies with masses

and m2initially moving with velocities

. At the point of collision, the rear body exerts a force

whereas the front body picks up the motion attaining velocity

The impulse of a force is the product of force applied and time interval remain in action, that is

The unit of impulse is Newton-second (Ns). From the Newton’s second law of motion we have also seen that

. This means the impulse is equal to the change in momentum

This means that the impulse is a kilogram-meter per second (

Principle of conservation of linear momentum:

From Newton’s third law of motion, action and reaction are equal but opposite.

For example at the point of impact in fig 4.18

causes change in momentum on

causes change in momentum on

“Work is done when the force moves a body through a distance,

In motion the work done is translated into a change kinetic energy as it can be shown from the second law of motion and third equation of linear motion”.

Likewise the virtual done on;

Equation (4.29) is the summary of the conservation of kinetic energy in a system of colliding particle provided the collision is perfectly elastic.

There are certain instances whereby the colliding bodies delay in separating after collision has taken place and at times they remain stuck together.

Delaying to separate or sticking together after collision is due to in elasticity and hence elastic collision. In this case it only the momentum which is conserved but not kinetic energy.

The deformation that takes place while the bodies are exerting onto each other in the process of colliding, results into transformation of energy from mechanical into heat and sound the two forms of energy which are recoverable.

Once the energy has changed into heat we say that it has degenerated, it is lost to the surroundings.

When the two bodies stick together after impact they can only move with a common velocity and if they do not move after collision then the momentum is .said to -have been destroyed.

One of the measures of elasticity of the body is the ratio of the different in velocity after and before the collision.

in this case perfectly inelastic collision

. But collision result into explosion,

the coefficient of restitution cannot be 1 due to the fact that it does not matter how hard the colliding bodies are they always undergo deformation at the moment of impact and hence take longer to recover to their original shape while separating. We only assume

In the previous discussion on collision we dealt with direct impingement of one body onto the other along the line joining their common center. However there are situations in which bodies collide at an angle. This is known as oblique collision. Fig 4.19 illustrates the oblique collision of two bodies of mass

initially moving at velocities u1 and u2 respectively in the x-direction. After collision the body in front moves along the direction making an-angle

with initial direction. Given the initial conditions of the colliding bodies, the final velocities and directions after collision can be found

Applying the principle of conservation of linear momentum in equation (4.27) we can come up with more,equations for solving problems on oblique considering the motion in x – and y – directions

(b) Motion along y-direction

If initially the bodies are not moving in y-direction then

Applying the definition of coefficient of restitution in equation (4.30), we have

Ballistic balances are used in determining velocities of bullets as well as light comparison of masses. To do this a wooden block of mass M is suspended from light wires so that it hangs vertically. A bullet of mass m is fired horizontally towards a stationary block.

If the bullet is embedded inside the block, the two swings together as a single mass this is inelastic collision. The block will swing until the wires make an angle θ with the vertical as in figure 4.20

Since the collision is inelastic, only the momentum is conserved. If

are the mass and initial velocity of the bullet and M,

the mass and initial velocity of the block, then by principle of conservation of linear momentum.

Substituting for v in equation (4.34) we get

Thus the initial velocity of the bullet is found to be

before the block swings. After swinging, the center of gravity of the block rises by a distance

reducing the vertical distance to

. By forming the triangle of displacements the values of

can easily be found as shown in fig 4.21

The angle the wire makes with vertical is

Reaction from a jet engine

The operation of a jet engine depends on the third law of motion where the escaping mass of hot gases exerts force on jet enabling it to move forward. Air  is first sucked in through the front side then compressed

The oxygen contained in this air intake is used in burning the fuel producing gases which when expelled  at a very high speed through the rear action forces are created and hence forward thrust . Fig 4.22 illustrate the principle of a jet in which the mass of air Ma is taken in at the rate of

and passes through the engine at the rate

with relative velocity of

.The mass of gases

produced at the rate of

by combustion is ejected at a relative velocity

.The total rate of change of momentum of the system is therefore given as

From Newton’s second law of motion, the rate of change of momentum is equal to force.

Therefore equation (4.39) represents the forward thrust on the jet aircraft. Some jet aircraft have two identical engines and others have four. The total thrust is the product of number of engines and thrust of one engine.

Reaction from a rocket

Unlike the jet engine, the rocket carries all of its propellant materials including oxygen with it.

Imagine a rocket that is so far away from gravitational influence of the earth, then all of the exhaust hot gases will be available for the propelling and accelerating the rocket. Fig 4.24 is an illustration of a rocket of mass m carrying the fuel of mass

such that the total mass at time t is (

) moving horizontally far away from the earth surface. As the fuel burns and gases formed expelled from the rocket at a velocity of .∨g after sometime

, the mass of the rocket becomes m but its velocity increases to (

) as in fig.4.23(b) whilst the velocity of the ejected gases decreases from v to (

From the principle of conservation of linear momentum

If the large thrust is to be obtained, the rocket designer has to make the velocity

Let us consider the rocket fired vertically upwards from the surface of the earth as shown in fig 4.24

Reaction from the hose pipe

If a hose pipe connected to the running tap on the smooth horizontal surface, the free end that issues water seems to move backwards as the water flow out. This is yet another example of action and reaction forces.

Again if a jet of water from a horizontal hose pipe is directed at a vertical wall, it exerts an equal but opposite force on the water.

be the initial velocity of water when leaving the pipe. On striking the wall its final velocity

assuming that the water  does not rebound. If is the density of water, A is the cross-sectional area of the pipe, then the mass of water hitting the wall per second is given by

The time rate of change in momentum of water is therefore

The negative sign means the force is the reaction of the wall on water. Thus the force exerted by the water on the wall is

Reaction on a gun

When the bullet leaves the gun with final velocity

, the gun recoil with velocity of –

and the final total momentum

From the principle of conservation of linear momentum

A body is said to be in static equilibrium if it does not move under the action of external forces. For example in fig 4.3, a block is in equilibrium since it neither moves up nor down under forces R and W.

These two forces are action and reaction which cancel each other out such that the net force on the body is zero. The net external force is an algebraic sum of all the forces acting on the body that is

respectively with the horizontal point B along the string experiences three forces as shown In fig 4.28(b). If this point is taken as an origin and two perpendicular axes drawn, the tensions

with the x – axis. The body remains in equilibrium when no motion occurs either horizontally or vertically and for that reason the net force along the horizontal direction is zero

as shown in fig 4.28 (C).  For the horizontal components of two tension gives

For the y-direction the net force

(b) Give three examples in which Newton’s third law applies

(c) With the aid of labeled diagram explain what causes frictional force.

(i)   Explain why the body does not slide down the plane,

(ii)Draw the diagram indicating all the forces acting on the body and give each force its name, direction and magnitude.

(i)  A rough surface and a smooth surface

and the coefficient of friction of the plane is 0.25, what is the magnitude of P? (Take

4 (a) From the second law of motion show the expression for the force.

are the mass and acceleration respectively

(b)Using the third law of motion, show that for the two colliding bodies of masses m{and m2moving along the common line at velocities u1 and u2 , before collision and at velocities v1and v2 respectively just after collision, the total momentum of the system is conserved and represented by relation

5 (a) Fig 4.28 shows two bodies of masses M and m connected by the light string,
if the body of mass m rests on a rough plane whose coefficient of friction is μ on releasing the system free, obtain an expression for

(i) The acceleration of the system.

(ii) The tension in the string.

(b) Two bodies A and B of masses 3kg and 2.5kg are moving towards each other along a common line with initial velocities 4

7(a) A body is hanging in equilibrium as shown in fig 4.29, find the tensions

(b) A body of mass 2kg sits on a horizontal plane, and then the plane is accelerated vertically upwards at 4ms-2. Determine the magnitude of the reaction on the body by the plane.

takes in 1000m3 of air per second at an operating height where the density of air is 0.5

and the exhaust gases (Including incoming air) are ejected at 700

relative to the aircraft . Determine the thrust.