Home BOOKS ANALYSIS How the author of two novels you have read deliver their message...

How the author of any two novels you have read under this section deliver their message effectively to the readers. Give three points from each novel.

Messages refer to the lessons taught by a literary work. The authors, often ues their literary works to suggest a lesson/moral that is not directly stated. This can be verified by two novels “PASSED LIKE A SHADOW” written by Bernard Mapalala and “UNANSWERED CRIES” written by Osman Cotehn where the playwrights have deliver their message effectively to the readers.

Starting with PASSED LIKE A SHADOW the playwright has deliver the following message to the readers:

Peer pressure hinder the community development. The author has delivered the message that, People should be careful in choosing friends and selecting the advice from friends since Peer pressure seems to have a strong influence in personal transformation.

This is seen when Tusiime and Kunihira are seen to put their bodies into sale and influencing Vicky who comes from a poor family to become a prostitute by telling her virginity is not thing of proud off.

Superstitious believe is a source of people to get HIV. This is another message delivered by the authors. It seems that, some people become HIV victims due to superstition.

This is seen when the two want a baby and therefore Aluganyira forced Vicky to go to the witchdoctor in order to have a baby where the conflict begin since Vicky was not willing to go there. At last, they went to witchdoctor hence end up acquiring HIV/AIDS.

The drunkenness affects the welfare of the family. Some families live in poor life because drinking behaviour of the head of the family. In the novel, this is seen when Adyeri becomes a hopeless heavy drunkard after losing the job.

This makes him unable to provide for the family food bills and the family suffers. He also becomes so mean and hot tempered and beats both his children and his wife. This causes serious misunderstanding in the family and the welfare of the family is affected.

Turning to the novel, “UNANSWERED CRIES” the author has delivered the message to the readers as follows: 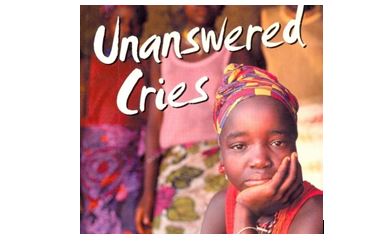 Like father like daughter. The author has delivered the message that require Parents to be good role models to their children lest they pick bad behaviours. They should also be responsible for taking care of their children.

It seems that, children imitate the behaviour of their parents. In the novel, Ade Jones is not faithful in marriage. He sleeps with many girls and women. He even impregnated Makalay and bears Olabisi through premarital sex. This makes him irresponsible in taking care of Olabisi who starts premarital sex as her father but Ade is not aware.

Unfortunately, he finds her and receives some money from her and helps her to escape. We should fight against corrupt people like Pa- Amadu.

The money mongering behaviour hinder the community development. Removing outdated traditions and customs is very challenging issue because there some people who support them. They use their education to support the cruel customs due to money monger.

From the novel, Salaam is seen to be dangerous in the society because he support a cruel custom just to get money. He is a lawyer by profession and possibly informed of the potential dangers of FGM but in the court he supports the bondo women to force Olabisi to be circumcised. This behaviour affects the welfare of the majority in the society, so should be abolished.

Generally, it is true that the novelists write their work to expose different evils and problems that hinder the community development. Through them the audience is being educated and therefore take various strategies overcome those problem.