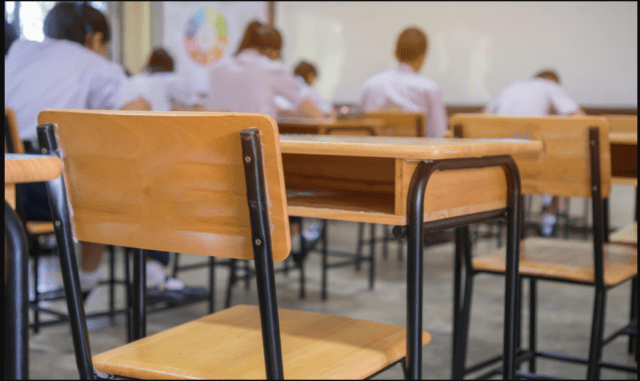 Government Secondary Schools in Tanzania is an exceptional choice for all students and parents looking to send their children to an academic institution at the lowest budget.

In addition to providing excellent academics and a solid education, government schools in Tanzania are also well known for their caring, compassionate atmosphere, and extracurricular activities.

The listed Best Government Secondary Schools In Tanzania in this article excel not only in their academics but also in the extracurricular activities they arrange for their students. Students at these schools are often able to participate in sports, drama clubs, debate clubs, art centers, and extra-curricular activities.

The following below are some among Best government secondary schools Tanzania

Among the famous people who studied at Tabora Boy’s is the founder of Tanzania, Mwarim Julius Kambarage Nyerere. Nyerele is one of the most famous school graduates and one of their greatest sons to date.

Nyerere described t Tabora School as “African Eaton,” and from that description, “Etonian Grandeur of Tabora” was adopted as the name of the Tabora School students.

Ilboru High School is a unique learning community that values ​​and demonstrates respect for the individual and the educational experience at every level.

At Ilboru High School talented and dedicated students and caring and supportive teachers work together to create a place that consistently represents what is possible in public education.

The school nurture highly capable, creative, and ethical leaders who are positively changing the world. The future will continue to see Ilboru at the forefront of secondary education, preparing leaders for tomorrow’s technological and scientific age.

Thus we will be able to fulfill our responsibilities to serve our communities to the best of our abilities. At Ilboru we believe in fraternity, self-determination and academic excellence.

It is one of the Best Government Secondary Schools In Tanzania located in the Morogoro District.

Mzumbe Secondary School has both advanced level and ordinary level with Excellent performance in national exams.

The school provide a strong educational foundation for our students with the help of an amazing group of teachers, administrators, and supporting staff.

This school is located in Kilakala District, in Morogoro region, about 5 km from Msavu Bus Station to Kilakala High School.

This is a girls’ school. It was started in 1957 by the Roman Catholic Mary Knoll Sisters of the USA.

It was known as Marian College. in 1970; The school was nationalized and the name changed to Kailakala High School with registration number S.045.

The school has 518 students in its turn. It is administered by the Government of Tanzania under the Ministry of Vocational Education and Training (MoEVT).

The school was founded in 1965 by a joint sponsorship of five countries. The Tanganyika Government on one hand and four Nordic Countries namely: Denmark, Finland, Norway and Sweden.

Tabora Girls Secondary School (known as Warsaw in Tabora) is one of the oldest schools with a great history in Tanzania. And of course one among Best Government Secondary Schools In Tanzania

It is located in Tabora Municipal near Ng’ambo. The school has produced the best qualified professionals in the fields of law, medicine, engineering, teaching and even politics.

Among the leaders attending a school that includes the former First Lady of Phase IV Government and Chair of the Board of Directors for Global Equality for All (EOTF), Hon Mama Anna Mkapa, Honorable Dr. Jetrud Mongela (Former MP and Speaker of the African Parliament).

Hon Mongela was the Secretary-General of the Fourth World Conference on Women (Beijing Conference 1995): Action for Equality, Development and Peace, as the conference held by the United Nations from September 4 to 15, 1995 in Beijing, China.