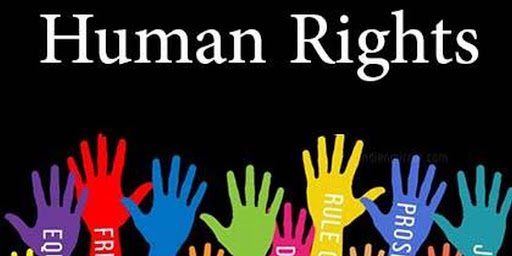 What is ‘Human Rights?’

Human rights are the basic moral principles of justice that all people enjoy by being human beings.

Human rights are basic moral rights which all human beings are born with and so they cannot be granted or removed by anybody.

The origin of human rights traces back in 1215 (13th century) when Magna Carta was adopted in England to limit the power of the state to interfere with peoples’ rights.

– The climax of struggle for human rights was on 10th December, 1948 when the United Nations adopted The Universal Declaration of Human Rights of 1948 (UDHR). It declared equality to all human beings despite their differences in colour, sex, religion, ethnicity e.t.c

Human rights can be grouped as;

I. Legal rights are the rights named and defined in the instruments of law such as the constitution of the United Republic of Tanzania of 1977. Legal rights can then be claimed in the court of law. Examples: right to live, education, vote and own property.

II. Moral rights are the rights that are recognised by a society as desirable. E.g. right to life and worship.

Human rights are in various aspects. There are political, economic, social and cultural rights.

Human rights can then generally be grouped into the following categories/types:

(i) Legal and moral rights.

I. LEGAL AND MORAL RIGHTS

Legal rights are rights which are included in the instruments of law such as the constititution. E.g. right to live, education, own property and freedom of movement.

Moral rights are rights conceived by way of conscience and guilty before convicted by another person. Examples; rights to life and worship.

Are the rights which are created by the state for its people and therefore every person deserves to enjoy them.

They are also provided for in the United Nations Charter as follows:-

(i) The right to life

(ii) Right to own property

(iii) Right to vote and to be voted for

(v) Right to marry and have a family

(vii) Freedom of opinion and expression

(x) Freedom from torture or cruelty.

These are rights about life of people, work and necessities of life. These rights are called second generation rights. They include:-

(i) Right to work and choose employment

(iv) Right to own property

(vi) Right to social services and better standards of living.

OTHER RIGHTS include environmental and development rights.

These focus on the reality that every individual in the society has right to live in a clean environment.

These rights are also known as Third generations Rights. Tanzania as a democratic member of the United Nations included the Bill of Rights in the constitution in 1984.

THE IMPORTANCE OFTHE BASIC HUMAN RIGHTS IN THE SOCIETY

(i) Human rights are foundations of justice, peace and liberty to all people.

(ii) They help people to be aware of their rights and defend them whenever violated.

(iii) They limit the power of the government so that it cannot violate human rights.

(iv) They promote development because they provide equality to all people.

RELATIONSHIP BETWEEN HUMAN RIGHTS AND PROVISION OF BASIC NEEDS (SERVICES)

Basic needs of man include food, shelter and clothing. Other needs are social services like education, health, water and electricity.

Individual human rights are the rights a person deserves to enjoy as a human being and cannot be removed from him/her by anybody except God.

Individual human rights are limited to ensure that enjoyment of one’s rights does not bother or interfere with the rights of the others.

(i) Helps to reduce the rate of committing crimes among individuals.

(ii) Helps to ensure individual belief and worship to God.

(iii) The right to work ensures that every person involves in the work of his/her choice.

(iv) The right to life discourages the death penalty to individuals.

Some of the effects of human rights abuse include;

a. Occurrence of deaths of innocent people.

b. Wife beating leads to injuries and lack of peace in the family.

d. Spread of diseases like HIV/AIDS. E.g. through raping and FGM.

f. Presence of strikes and riots among the workers. This is when their rights are denied by
their employers.

HOW TO COMBAT/CONTROL THE BASIC HUMAN RIGHTS ABUSE

a. Educating people on the effects of violation of human rights.

b. Enacting strict laws in order to punish those who conduct abuse of human rights.

c. Using religious institutions to preach against all bad practices which are against human
rights.

d. Allowing NGOs and government departments concerned to research on violations and
suggest possible solutions to the problems.

A: THE ROLE OF GOVERNMENT

Tanzania joined the United Nations in 1961 as the 104th member state. It thus adopted the UDHR of 1948. Since then Tanzania has been promoting human rights by:-

(i) Including the Bill of Rights in the constitution of URT of 1977.

(iii) Providing the right of equality before the law.

(v) Providing its citizens with the right to marry and have family.

(vi) Proving its citizens with the right to peaceful assembly and association. E.g. freedom
to join political parties and even to join lawful strikes.

B: ROLE OF DIFFERENT PRESSURE GROUPS

1. Tanzania Gender Networking Programme (TGNP) – It provides basic services and defends peoples’ rights especially women whose rights have been deprived of for many years.

2. Tanzania Women Lawyer’s Association (TAWLA) – It provides women with legal aid in different matters such as inheritance and child custody.

3. HAKIELIMU – It defends the right to education and better environment for realisation of that right.

THE ROLE OF INTERNATIONAL CONVENTIONS

a. The African Human Rights Commission under the African Union(AU). It investigates and suggests measures to be taken to check violation of human rights in African countries.

b. The Amnesty International. It defends people’s rights all over the world.

c. The Beijing Conference of 1995. It was a turning point for the struggle for equal rights. It raised awareness among women to claim their rights.