Home NOVELS The choice of content in their novels is a reflection of what...

The Novelists’ choice of content in their novels is a reflection of what is happening in their societies. Using two novels you have studied under this programme support this view by giving three points from each.

A novel is a fiction, narrative writing based of social reality. Many authors analyse their societies before writing their literary works. It is true that the novelists’ choice of content in their novels is a reflection of what is happening in their societies because they present issues that are really occurred in the society. This can be verified using two novels “PASSED LIKE A SHADOW” by Benard Mapalala and “UNANSWERED CRIES” by Osman Cotehn.

Starting with novel PASSED LIKE A SHADOW the author has presented the following issues that are happening in the societies.

The issue of drunkenness, Drunkenness in the action of using alcohol and other recreational drinks which injurious to someone health. This shown by Adyeri in novel when he arrived home while drunkard and he spends a lot of money to get alcohol and become drunkard.

This is reflect with what is happening in the society we have witnessed many people neglected their family, and become irresponsible because of alcoholism. The spend most of the time at bar lost a lot of money for drinking alcohol and leave their family suffer.

Also, the issue of Raping, This is the practice of doing unwilling sex with someone. In the novel the author has shown raping John rapes Abooki because she was not willing to have sex with him hence john puts drugs which causes a sleep to Abooki so as to fulfill his will. This issue is reflecting what is happening in the society.

Currently, we seen many cases people are sent to the court and others are imprisoned because of raping. This should be abolished because it has negative impacts such as spreading of HIV/AIDS.

In our societies this is more common most of girls sells their bodies so as to get money for their basic needs such as food, clothes and shelter. Therefore, it is true that the novelists’ choice of content reflects what is happening in their societies.

In the novel UNANSWERED CRIES the author has shown the following issues that reflect what is happening in the society.

The issues of Betrayal and corruption, this is the act of going against the agreement. In the novel betrayal is seen when Pa Amadu given a task by Makalay to look for Olabisi in which case he would be given a goat if he succeeded to find her. Unfortunately, he finds her and receives some money from her and helps her to escape.

In our societies we have witnessed many betrayals. Politicians betray their citizens, husbands betray their wives and wives betray their husband. Therefore, it is true that the content of the authors reflect with what is happening in the society.

Fornication has shown by the author, this is the practice of having sex before marriage. From the book, the author has shown that Olabisi and Eddy have engaged in pre-marital sex more than once. In our societies there are people especially youths who are practicing this before marriage. 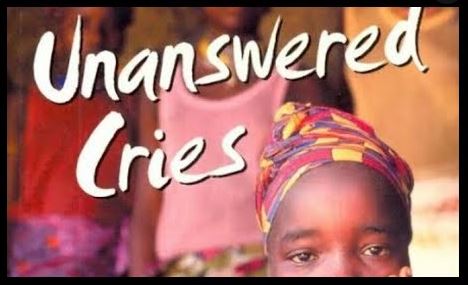 We are all witnessing how young having sex with their boyfriends and girlfriends. So it is true that the choice of content of novelists reflect with what is happening in our society.

That’s why we see her humbly submitting herself to the fate of the spirits by saying ‘whatever the spirits say I will do’’ and ‘don’t say that. Please! I’m pregnant. This is so common in our societies we are seeing politicians are visiting to witchdoctors to hold their position, couples visit witchdoctor to get a baby. Therefore, it is true that novelists reflect their content to what is happening in the society.

Conclusively, in Tanzania there are many bad traits that have been in place due to globalization. Therefore, the authors use their writings to create characters who will reveal and expose those bad traits that should be not adopted in Tanzania.

THE STATUS OF ENGLISH IN THE WORLD AND IN TANZANIA
English has different status in different places of the world. ...