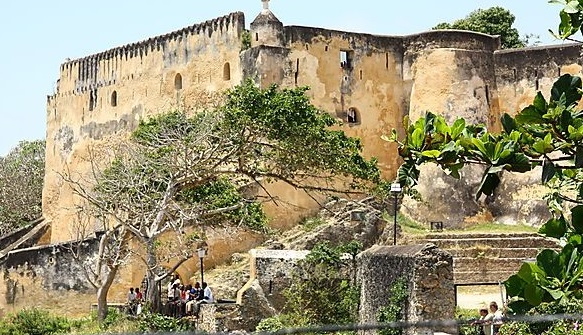 This trade can be traced far back from the 18th c to the 19th c, and took over about 30-50 years until when was interfered by colonialists at the end of the 19th c.

The main traders involved in this trade were Arabs and Swahili traders from the Coast and the Yao from southern Tanganyika, the Kamba from southern Kenya as well as Nyamwezi from Tabora. Many tribes participated in the East Africa long distance trade, but the most significant are the Yao, Nyamwezi and Kamba

ORGANIZATION OF THE TRADE

The East African Long Distance trade was organized in three main caravan routes that stretched from the coast to interior of the region.

The routes were as follows:

The route started from Mombassa and some parts of Pangani to the Kilimanjaro areas to the Shore of lake Victoria, passing through Kikuyu, Taita, Maasai, and the Nyika

It was dominated by the Kamba of Kenya.

It started from Bagamoyo via central Tanganyika – Tabora (Unyanyembe). From here the route went on to Ujiji, then to Buganda via Buhaya on the western shore of lake Victoria.

The route was dominated by the Nyamwezi who in the 19th c who were under Mtemi Mirambo and Mtemi Nyungu ya Mawe and Mtemi Fundikira in 1839. This route was the busiest and the most important of the three routes.

Started from the port of Mikindani and Kilwa to regions around Lake Tanganyika via south of Lake Nyasa. It reached Monomutapa for gold. It was under the Yao dominance who in the 19thc were under Mataka I.

Arabs and Swahili Traders from the coast took over gun, beads, gun powder, clothes and other Industrial goods.

The people from the interior of East Africa provided commodities like ivory, bee wax, gold, animal skins and other valuable goods.

FACTORS OF THE RISE OF EAST AFRICAN LONG DISTANCE TRADE

The rise and development of East African long distance trade was attributed by several reasons as follows:

-this was due to increase of production especially in agriculture.

-emergence of powerful trading societies in East Africa like the Nyamwezi, Yao and the Kamba also contributed to the growth of the trade.

Presence of coastal city states like Bagamoyo, Mikindani and Pangani added to the development of the trade due to the fact that these cities were the starting point of the caravan routes during the operation of the trade.

The East African Long distance had a number of effects at the coast and the interior parts of East Africa.

Some of those effects were as follows:

The trade led to the growth of towns and cities especially in the interior of East Africa for examples Ujiji, Mpwapwa, Tabora to mention the few.

The East African long distance trade contributed much to the growth of various chiefdoms like Nyamwezi, Ukimbu and Hehe chiefdoms in the interior of Tanganyika. Also Buganda kingdoms went on developing in the 19th c due to this trade.

Swahili language expanded much from the coast of East Africa to the interior parts because traders used the language as a medium of communication during exchange.

Emergence of powerful traders and leaders

Some people emerged as powerful traders and leaders out of the trade due to wealthy accumulated from the trade. This included Mirambo, Machemba, Nyungu ya Mawe and Mkwawa.

People from the coast intermarried with people of the interior of East Africa.