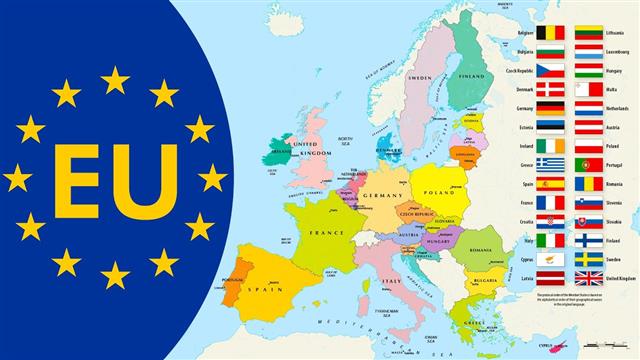 It is other group of a big power as the commonwealth, the UNO and NAM. European Union is associations of the European Nations. The European Union came from what was termed as  European Economic Community (EEC)which was formed by six countries when they signed a treaty of Rome in March 1957

These countries included Belgium, Luxembourg, Netherlands, France, Italy and federal Republic of Germany . By 1967 the European Economic Community changed name into European Community (EC) creating a single Commission, a single Council of Ministers, and the body known today as the European Parliament.

But by 1993 in November the European Union came into being when they ratified the Maastricht treaty .At the time fifteen countries such as Austria, Belgium, Denmark, Greece, Ireland, Italy, Luxembourg, the Netherlands, Portugal, Spain and Sweden became the full members of European Union (EU).At the moment it is formed by 27 European countries including the founder of (EEU) and (EC).

The aims / Objectives of the European Union include the following

To make common policies this would promote agriculture, industry, transport and social issues.

To facilitate free movement of labour, capital and services to the member countries.

To encourage Co-operation in trade by removing high trade tariffs on the goods of the members and establish the Common tariffs in trade with non European Members (EU) Members.

To work together to achieve closer union between the European people in order to improve the living standard of the people in the community.

Organs/ Structure of the European Union

The Organs which were created to run the union include the

Executive commission which proposes policies to the members.

The council of Minister which has foreign affairs ministers of the member countries to make general policy decisions.

The European parliament which deals with consultative powers.

The count of justice with 13 judges to settle conflicts and other human right matters.

Like UN, the Commonwealth and NAM the European Union plays great role in maintenance of International peace and understanding as follows:-

Cooperates with other big powers to impose sanction to the countries which abuses human rights and threaten world peace and understanding. For example sanctions have been put to the countries like Iran, Zimbabwe, Cuba and recently in Libya.

The European union’s members have participated in sending peace keeping forces (troops) through NATO (North Atlantic Treaty Organization) .This include Germany, Britain, France and so forth.

The European Union protects the African Caribbean and Pacific (ACP) Countries to impose tariffs on industrial products from European Union in order to protect their home industries.

Also the European Union members participates in the Stabilization of Export Earning (STABEX) to the third world countries. This encompasses some   compensation losses on the raw materials which are exported to the developing countries

Sending General election observers in various countries of the world. This has been done to observe if the democratic principles are followed in a particular country holding general election.

Natural catastrophes such as diseases, drought, flood and environmental degradation.

Political instability in the countries such as Afghanistan, Somalia and Sudan (parts of Darfur).

HIV/AIDS is still costing the life of many people in the third world countries.

See also  THE ROLE OF SCIENCE AND TECHNOLOGY IN DEVELOPMENT

Civil wars and interstate wars example Israel and Lebanon war (in 2006) Eritrea and Ethiopia as well as Israel and Palestine (coupled with suicide bomb).

The widespread of International crimes have evidenced, for example terrorism activities on which the world big powers have failed to contain it.