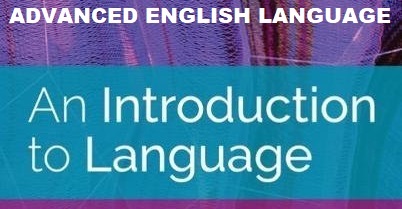 ENGLISH AS AN INTERNATIONAL LANGUAGE

English is an international language

What are the criteria for a language to be international?

The following are the factors that make a language international;

This means that it must be spoken or known by many people in the world. Such speakers include both native and non-native speakers. For example English has got more than 600 million speakers in the world

Here we look at the number of continents in which the language is used or needed.english for example is used in almost all parts of the world. It is used as the world’s lingual franca.

For instance the Americans and the British who speak English as native speakers are politically and economically worthwhile. So these people  have influence over other countries as theey control the world economy and politics.

This is referred to as the language vehicular load. That is, the language of science, technology as well as scholarship

In summary, English meets all the criteria for a language to be regarded as international. Because of its status many people are busy learning it in different parts of the world Tanzania included.

FACTORS FOR A LANGAUGE TO BECOME A NATIONAL LANGUAGE

It must be spoken by the majority in the society. It must have a big number of native speakers.

It must be well documented language or variety. It must put in written form, well researched to meet the needs of that particular nation

It must be declared by the government in its language policy. A bill must be passed on language use limits

It must unite people against tribalism. In most cases countries choose a languge which will bring national unity.

Due to presence of tribalism some countries have opted for foreign languages to be their national language.

LANGUAGE POLICY IN TANZANIA AND THE USE OF ENGLISH LANGUAGE

Language policy refers to government decision on what should be the status of a certain language in the country.

It is the policy that clearly shows different roles different languages have to play.

For example in Tanzania, Kiswahili and English are accepted to be the official languages

Those who regard as the second language argue that English has many domain of uses.

Those who regard it as a foreign language argue that the domains of English are now very limited. For instance it is rare to hear English in public places such as in buses, market places and in other social gatherings

The only place where English is heard is school. Even there English co-exist with Kiswahili.

FOR THOSE WHO ARE IN FAVOUR OF ENGLISH ARGUE THAT;

English is well researched and documented compared to Kiswahili

There is no enough capital to meet the cost of transition i.e from English to Kiswahili

English is every one’s property today. It is no longer a colonial language.

In  different parts of the world. So there is no justification  for equating English with colonialism

THOSE WHO ARE IN FAVOUR OF KISWAHILI ARGUE THAT:–

Students learn better when they use the language they know well. _making them continue learning through English which they do not know well, endangers education in Tanzania

Kiswahili is a language for African Identity. So we should teach using it to cherish Our heritage.

No language is endowed with scientific knowledge. Any language including Kiswahili can be the language of science and technology.

Already teachers teach using code-switching. In   Tanzania many teachers speak a lot of Kiswahili in the classrooms. So, we need  to formalize the use of Kiswahili.

Refers to mixing of codes (Languages) within the same sentences or utterance.

(ii)Nikifika I will inform you.

Refers to shifting from one language to another.

Eg Usinisogelee. I say go away!

For example in many secondary schools students discuss their subjects in Kiswahili and write in English.

ie where both languages are known.

Refers to switching from one language to another due to change of topic or participants.

For example two people who conduct conversation in Kihaya and later another person who does not understand Kihaya joins in. they will obvious switch to Kiswahili which is understood by all.