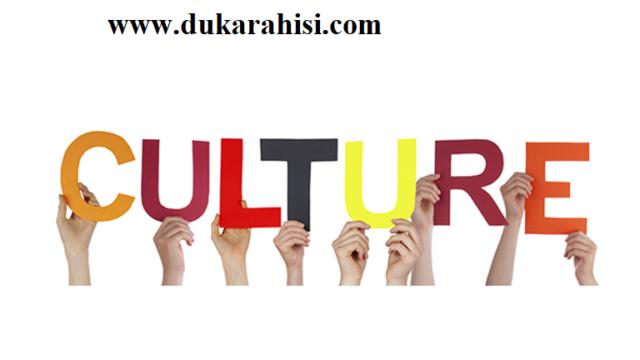 Culture can be defined as the total ways of life of particular people at a given time and in a given   environment.

Culture refers to the totality of ways of life of the particular people as they struggle to live and develop.

Culture refers to the sum of attitudes, customs, beliefs, values and bahaviours that distinguish one group of people from others.

Culture exists in two parts which include;

Material culture refers to things or objects that can be seen or touched. It includes artifacts, buildings, furniture and transport facilities like  cars.

It refers to level of instrument of labour and objects which have been made by the people technically as they struggle to get their daily needs and master their environment. E.g. furniture, clothes and production equipment.

Refers to achievement attained by people in education, ideas, language and literature. Intellectual aspect is expressed through intangible things such as beliefs, values songs and customs.

Why is it necessary for a country to maintain its own culture?

It means that culture changes. Each culture adapts some elements of another culture that interacts with.

Such changes may be either positive or negative.

Culture has been adapting various things like architecture, language, dressing styles and even crops. For example through cultural contacts we have enriched Kiswahili with more words like radio, penseli, leso, shati, rehema etc.

These include harmful and dehumanizing habits like drug abuse, prostitution, homosexuality and undesirable dressing styles

Cultures interact and affect each other. For instance the coming in of new culture (European) affected African culture

ie we can learn ways of life of other people – for instance their language, beliefs and eating habits.

culture is a system of shared ideas, behaviours and values.

Culture is complex as a whole

That means culture cannot be determined by a single entity.

These are necessary things which are combined together to form a culture of a given society.

They are also known as indicators of culture or parts of culture. The main ones are;

These are unchangeable past experiences which have been passed down (inherited) from one generation to another.

These are norms of conduct in a society which can change from time to time or last shortly e.g. greetings, dressing styles, hair styles and decorations. Unlike traditions customs are changeable.

Norms are accumulated experiences proved to be acceptable and appropriate to a given society and they tend to last longer before they change or disappear.

Values are established cultural values which are used to determine what is right or wrong in the society.

Norms last longer before they change.

These are skills used by man in designing and making things which are displayed or enjoyed. Arts are expressed in various ways such as arts used in making and designing tools like sculptures, graphics and decorations or art that used in language like in songs, drama, play etc.

These are real objects which express man’s culture. OR these are tangible objects and instruments which express culture through creation of things like furniture, pots, baskets and sculptures.

Is a cultural value which brings people together in performing different activities which one person could not do. E.g. marriage and burial ceremonies.

Is a cultural element which acts as the medium of communication among the people.

Ideas, feelings, knowledge and other cultural values are conveyed among the people through language.

No culture without laws. Cultures are enforced through rules of behaviour that are enforced by a special authority. Laws enforce the morals accepted in the society.

It combines the beliefs of the people. It lays down the principles and conditions to be followed by a given society.

IMPORTANCE OF ELEMENTS OF CULTURE

Norms and values shape the future generation by giving guide on what is right and wrong. This helps them to avoid bad practices and evils like drug abuse and prostitution.

Language unites people together. For example Kiswahili which unites all Tanzanians together in spite of having more than 120 tribes.

Initiation ceremonies prepare the young boys and girls to take up their responsibilities in the society as adults.

Crafts provide the household with necessary materials such as furniture, pots and baskets which are used daily.

Sports and games promote unity and cooperation among the people. This is because sports and games collect people together both in performing and watching.

Some traditions like marriage and burial ceremonies collect and bind people together in times of problems and pleasure.

Ideologies are important because they lay down rules to be followed by the whole society.

Works of Art like drama, play and comedy entertain people.

Our cultural practices can be classified as positive and negative.

In our societies children are taught to respect their parents and elders.

Care for the old, sick and disabled

This important and should be done by the whole society.

Care for the young

This is very important and should be done by the whole society.

In the past times, every adult person was a teacher and care taker of the young.

Through hard working a person is able to produce more and better goods and services for the betterment of oneself, community and the whole nation. Also it’s through working hard that the society can sustain itself.

It is essential since it brings people together in performing different activities for the betterment of the people. E.g. building schools and road construction.

The society should perform all its functions and duties with openness so that people know what the society is doing for them.

Also every member of society should perform his/her role effectively in order to achieve intended goals.

With examples from different ethnic groups in Tz discuss the social and cultural practices, which affect women and their reproductive health.

In our societies there are cultural practices which according to time and environment are considered as negative. Such include;

This is a cultural practice that involves partial or total removal of parts of female genital organ.

FGM is violation of human rights.

Areas affected with the practice in Tanzania are Mara, Dodoma, Morogoro, Arusha and Manyara regions.

This is the process of taking one’s wife after the death of her husband.

It also violates human rights because a widow has to marry whether she likes or not.

This is the situation whereby a person gets marriage before the right age.

In Tanzania the normal suggested age is 18 years and above.

This is the situation whereby a person is forced to marry another without his/her consent.

This practice is common in African societies.

Parents practice this for various reasons like getting dowry as the source of income and even for the purpose of reducing burden of children at home.

This is the situation whereby a man gets marriage to many wives.

This can lead to the problem of street children because parents tend to have many children they cannot afford.

BELIEFS AND PRACTICES OF WITCHCRAFT

Such beliefs are bad because they can lead to conflicts hence lack of peace in the society.

Killing of albinos and elderly people is related to such beliefs.

KILLING OF TWINS AND HANDICAPPED

Some societies practice this tradition as they believe that it is bad fortune to have such people in the family or society.

This is the dowry or payment given to the bride parents by a person who intends to marry or his parents.

Bride price is a negative practice because in many African societies the bride is treated like a bought object. Therefore she is subjected to every kind of oppression.

CUSTOMS THAT LEAD TO GENDER DISCRIMINATION

Discrimination means to treat a person unequally according to given criteria.

Gender discrimination refers to unequal treatment between males and females, whereby one gender is given more priority in different opportunities.

Some of the customs which lead to gender discrimination in our societies include;

Food taboos. Food taboos are the practices of restricting a certain group of people from eating certain types of food. For example some societies prohibit pregnant women to eat eggs or fish which are essential for the growth of the baby and the health of the mother.

Discriminating women in decision – making is one of the customs that contribute to gender discrimination.

Wife battering. There are certain tribes in Tanzania which consider the beating of wives as an acceptable custom. This is not true and it’s against human rights.

There are several institutions that perpetuate gender discrimination in our society. Most important ones are the following;

In the family there is a belief that boys will propagate family lineage and support the family while girls have to get married. Therefore families prefer to educate boys or spend more money on boys than they do to girls.

For instance in initiation ceremonies girls are emphasized to be submissive to men; because of that women do not take part in decision making.

It is a common practice or belief that boys are offered science subjects while girls are made to study traditional girls subject like domestic science, cookery, typing and arts subjects. Therefore girls are not encouraged to work hard.

Even in work places women are discriminated. For instance distribution of tasks is done in favour of men while discriminating women.

Church or mosque leaders make references to the Bible or Quran on the submissive nature of women.Also women are denied opportunities to hold positions of leadership.

CUSTOMS THAT LEAD TO THE SPREAD OF HIV/AIDS AND STIs

NECTA 2009 (SCHOOL) QN. 7 “Some of traditions and customs in our culture may lead to spread of HIV/AIDS.” Justify this statement.

The following are cultural practices that lead to the spread of HIV/AIDS and STIs;

IMPACT OF THE NEGATIVE ASPECTS OF CULTURAL VALUES

This can lead to;

MEASURES TO BE TAKEN AGAINST NEGATIVE ASPECTS OF CULTURAL VALUES

These ways can be discussed at two levels namely:-

STARATEGIES TO LIBERATE WOMEN IN TANZANIA

STRATEGIES TO LIBERATE THE ENTIRE SOCIETY.

PROMOTION AND PRESERVATION OF NATIONAL CULTURE

Culture is an important aspect of the society and deserves to be promoted and preserved.

ROLE OF DIFFERENT GROUPS AND INSTITUTIONS IN PROMOTING AND PRESERVING OUR CULTURAL VALUES.

Some of these groups and institutions are:-

Department of Museums Antiquities and National Archives. (to preserve antiquities)

The main roles are; to facilitate the production and consumption of good artworks and services, to promote creativity and innovativeness in the arts and to protect man – made things.

PROBLEMS FACING THE PROMOTION OF PRESERVATION OF OUR CULTURE

CULTURE OF PREVENTIVE CARE AND MAINTENANCE OF PERSONAL AND PUBLIC PROPERTY

IMPOTRANCE OF PREVENTIVE CARE AND MAINTENANCE OF PERSONAL AND PUBLIC PROPERTY 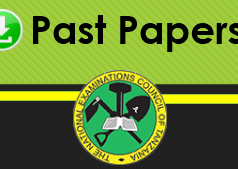