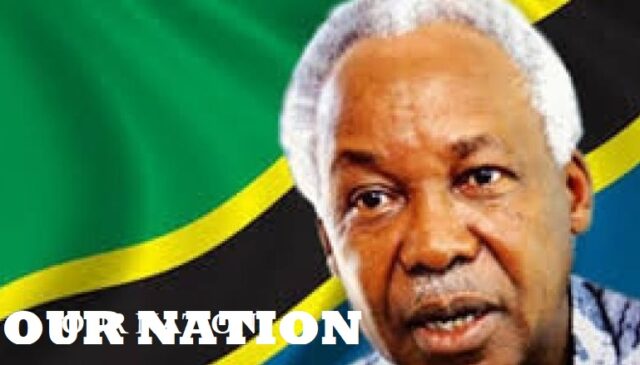 Definition and concept of a nation when two people of different sex get together as husband and wife they form a family.

A family is a social group people who are closely related to each other which comprise father, mother, children and sometimes close relatives like uncles, aunts etc.

A clan is a combination of various families.

Therefore the combinations of several tribes make up the population of nation.

A nation: is a large group or community of people living in a  defined geographical area sharing common history culture and language under government e.g. Tanzania, Uganda, Kenya, Malawi and Zimbabwe component of the nation.

There are seven main components that make our nation. These components are

A country is an area of land that has boundaries and is under the control of a government, sovereignty is the freedom that a country has governed itself. This means that there is no external power that controls that country.e.g Tanzania.

There are two types of sovereignty.

This is where a country has the power to supervise all its internal affairs. Tanganyika becomes a sovereignty state on 9thDecember 1961 and Zanzibar got its sovereignty on 10th December 1963.

Tanzania is a sovereignty state. It has both internal and external sovereignty.

Refers to the selected or elected group of people who are responsible for controlling a country or state. In other words, the government is the body of people which administers the state and maintains law and order.

The government has power and authority to control and direct people’s activities within its territory.

In Tanzania we use the republic system of government. This means that the country is headed by a president and political leaders elected by the people.

Refers to the person who belongs to a particular country. In 2012 the population of Tanzania was estimated to be 47,445,392 people.

The Tanzania people have their own central government national language common culture and history. The people in a nation must live peacefully. Solve their problems and develop their nation.

Refers to the customs and beliefs of a particular group of people. It also includes the people’s art way of life and social organization.

Refer to the past events that occurred in the development of a nation. Tanzania as a nation has a long history that includes events from pre colonial and post-colonial times.

These are very important as they serve as are reminder of our national hood to us and to the rest of the world.

These include the National Anthem, The national flag, the coat of Arms, The uhuru torch constitution ,presidential standard and national currency.

The national anthem is the official song of the nation. It is played or sung on special occasions such as

<> Before the president address the nation and after the address.

<> When the president inspects the guard.

<> At the opening of internal events e.g. Football matches.

<> On the announcement of the death of president/vice president.

<> When the national flag is being hoisted.

<> It is symbol of our nationality and freedom.

<> A unifying tool for Tanzanians.

<> It makes citizens feel proud of their country.

<> It is identity for internal recognition.

<> It expresses a sense of belonging to Tanzania and African.

The national Anthem of Tanzania

The main function of a national flag is to show that Tanzania is a complete independent and sovereign state.

The national flag has four different colours which are black, green, blue, and yellow.

BLACK: Represents the skin colour of the African who are the indigenous of Tanzania.

YELLOW:Represents the natural wealth of Tanzania like minerals and national parks.

BLUE: Stands for the part of Indian Ocean and other water bodies found in Tanzania. 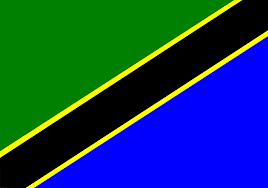 <> It is symbol for freedom and unity of the people.

<> It is state symbol for the country and its citizens.

<> A symbol for nationality of Tanzania.

<> Sometimes represents misfortune like death of state leader or many people at once and it is hoisted half most.

3. THE COAT OF ARM/NATIONAL EMBLEM

The coat of Arm is a government longoar emblem  which comprises many different colours and land make of the nation of Tanzania. It is the official stamp of the government. 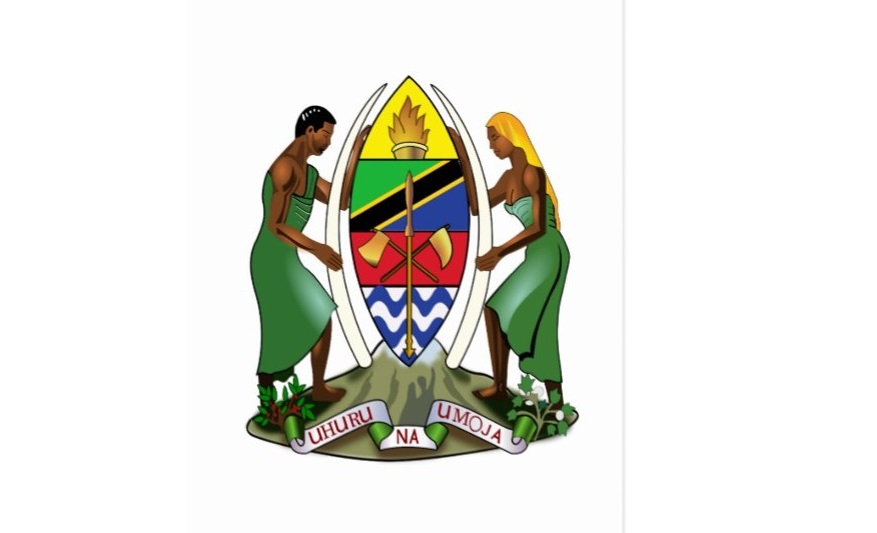 coat of Arm has 12 components

National flag – The flag as a symbol of national freedom.

Shield and spear- as symbol for tradition weapons of defense.

Sea waves-represent parts of  water bodies such as Ocean, river, lake of Tanzania.

Cloves and cotton– stands for cash crops produced in Tanzania.

The inscription UHURU NA UMOJA-This means freedom and unity, it is the national moto of the United Republic of Tanzania.

Importance of Coat of Arm.

The Tanzanians coat of arm plays the important role because it functions as;

National symbol for Tanzania as a state.

It symbolizes our national culture and history.

A seal of the president and government.

A symbol of state sovereignty freedom and unity of the people.

Is commonly know as the independence touch . Introduce for the first time by president of Tanzania M.J Kambarage Nyerere to symbolize freedom unity , love, dignity , solidarity, and hope.

It was first lit top of Mount Kilimanjaro at mid night on 9th December1961.

This was the day when Tanganyika got independence from Britain. Every year there is the Uhuru Torch races. The race starts and ends at different important points in the country. 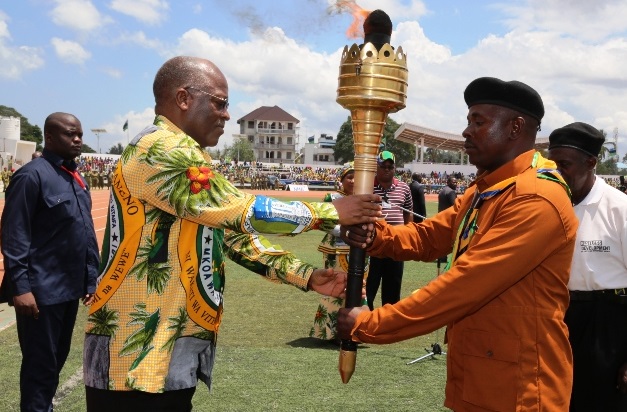 Significance of  the Uhuru Torch.

<> It symbolizes freedom and light

<> It promotes unity in the country.

<> It promotes development through projects initiated during race e.g. school and health centers

A constitution is the system of laws and basic principles by which the national is governed.

Our country is ruled according to the constitution written 1977 since then it has been undergoing some amendments to suit the contemporary changes. 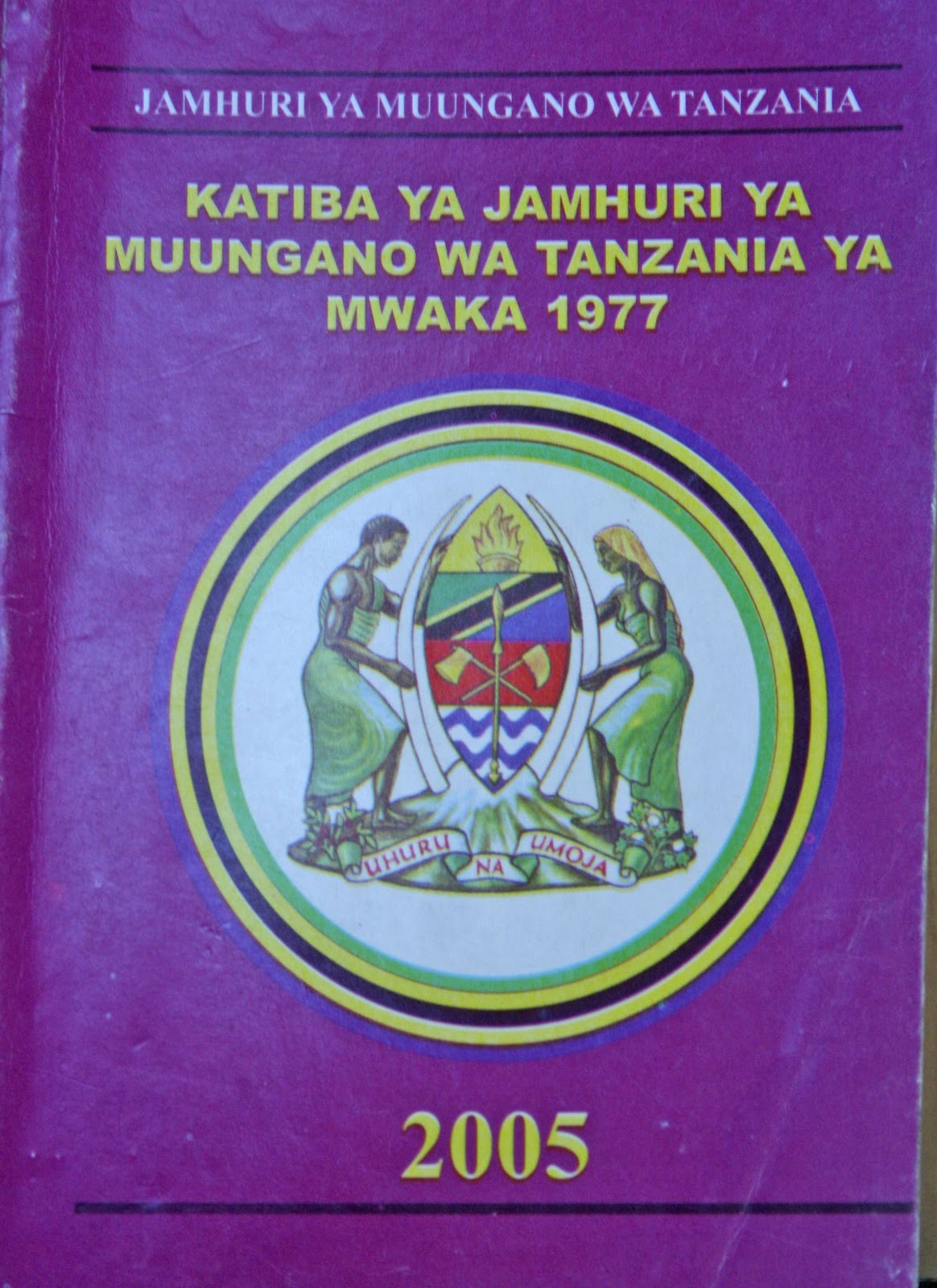 <> It is the basic law from which other laws are created.

<> The government rules by the will of the people through the constitution .

<> It describes clearly the relationship between citizens and state leaders.

<> It shows the structure of the state organs.

<> It states clearly the distributions of power among the state organs.

Currency is the system of money that a country uses. The Tanzania national currency is shillings. The value of shilling always appears as coin/notes. Currency is also called Money

Money is used for measuring value trading and paying for goods and services in a country .It is also use a means of settling debts. 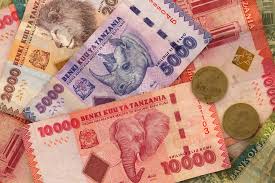 It is used in buying and selling (Trade transaction)

It is used to measure value.

It is identity of nationality and freedom.

It is a mean of setting debts.

This is the language spoken by all people national country.

The national language of Tanzania is Kiswahili.

National festivals are days when we celebrate important national events most offices and business are normally closed on such day.

During these days people remember important historical events which have taken place in the development of the national.

Are often categorized into two categories group which are;

5- Mayday (workers day) fall on 1st may each year

5- Maulid day – according to Islamic calendar.

1- Keeps a history of our country a live

2- Leaders pass importance information to the public during these days

3- Provide an opportunity for citizen to meet and share day

4- These days promotes unity among Tanzania

5- Provide an opportunity to identify problems in the society through speeches.

Civics is the study of human rights and responsibilities of citizens, the governance and environment in which our society is found.

In civics we study about.

2. To understand duties and responsibilities of citizens.

3. To understand environment in which we live in.

4. To promote peace and security in our society.

5. To understand and up hold our culture

6. To establish good relationship and respect.

7. To understand road safety for example causes of road accident and measures to be taken in preventing road accident.