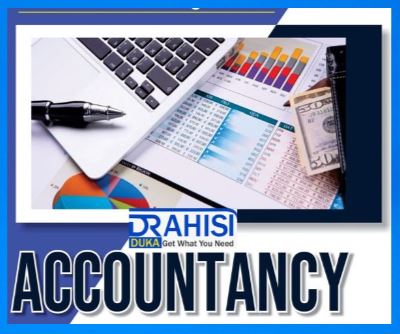 An error (from the Latin error, meaning “wandering”) is an action that is inaccurate or incorrect. In some usages, an error is synonymous with a mistake.

In statistics, “error” refers to the difference between the value which has been computed and the correct value. An error could result in failure or in a deviation from the intended performance or behavior

An ‘error’ is a deviation from accuracy or correctness. A ‘mistake’ is an error caused by a fault: the fault being misjudgment, carelessness, or forgetfulness. Now, say that I run a stop sign because I was in a hurry, and wasn’t concentrating, and the police stop me, that is a mistake.

1.While the transactions are initially recorded.

3.While the trial balance is bean prepared.

Error occur due to

These are errors which arises due to falling to complete double entry system.

The Accounting errors are classified into two types which are;

1.ERRORS WHICH DO NOT AFFECT THE AGREEMENT OF A TRIAL BALANCE RESULT DUE TO:-

1. Omission of figure(s); It is among the errors in which it occurs when a transaction is completely omitted from the books.

Example: If we sold Tshs. 10,000/= goods to Usama but did not enter it in either sales or Usama’s personal account, the trial balance will still balance.

2. Commission; This is where the correct amount is entered but in the wrong personal account.

Example: where a sale of 100/= to K. Asaad is entered in the account of B. Asaad . It will be noted that the correct class of account was used; both the account concerned being personal accounts.

This error occurs when the original figure is incorrect, yet double entry is still observed using this incorrect figure.

An instance of this could be where there were sales of 4500/= goods but an error is made in calculating the sales Invoice.

Where the correct accounts are used but each item is shown on the wrong side of account.

Where an item is entered in which wrong class of account.

2. ERRORS WHICH AFFECT THE AGREEMENT OF A TRIAL BALANCE RESULT:

(i)   Incorrect additions either total too great or too small in any account.

(ii)   Entering an item on only one side of the book.

For instance, if the debit entry is made but not the credit entry (once recording only).

(iii) Posting an entry twice in the books of accounts on the same side.

(iv) Failing to post an entry to the trial balance.

E.g. Balance of 100/= From Discount a/c is totally forgotten, not posted to trial balance through an account has been prepared.

Is an A/C opened and used in corrections errors which can cause disagreement of the trial balance.

Since errors are discovered in trial balance, so as to prepare final accounts at the end of accounting period to enable work on the trial balance is often transferred to a temporary ledger account called suspense account. Either by debiting or crediting.

EFFECTS OF BOOK-KEEPING ERROR ON PROFIT

Sometime final account are prepared before detection and correction of errors which have been committed in the course of book-keeping for the period.

The trading, profit and loss account drawn up on the basis of erroneous trial balance will them show a wrong gross profit and net profit for the period ending.

The following hints should be followed when calculating the correct gross profit and net profit.

Are those errors which involve items normally posted to determine net income realized from sales or turnover. Involves items appear in the trading account.

HOW TO COMPLETE/CORRECT NET PROFIT FOR THE YEAR

(d) A receipt of cash from Halima 88,000/= had been entered in the wrong side of the accounts.

(g) The following accounts have been under cast;

(h) The following accounts had been over added;-

Below are particulars regarding Jones Ogooli’s FinaL A/c? The net profit per accounts is found to be Shs. 154,000.

The balance sheet when drawn up appeared to be as follows:-

The following errors were subsequently detected and corrected:-

4. Creditor Mr. Burasapaid , but entry in his ledger A/c.