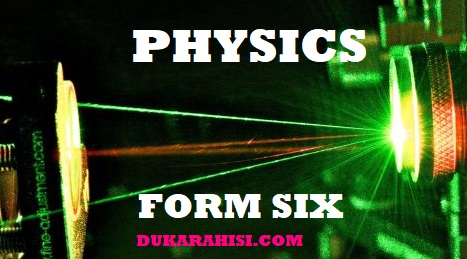 Metals are all good conductors due to having low resistance to the flow of current.

They do not have free electrons for conduction. They have high resistance to the flow of current.

Silicon and Germanium are examples of semiconductors elements widely used in electronic industry.

These are pure semiconductors.

These are impure semi conductors material.

-They have four electrons in their outermost shell.
-When a doner atom with fine electrons in its outer most shell (ie Arsenic) is added to a silicon crystal, the fifth electrons becomes a free change carriers since there is production of large number of negative charge carriers(electrons) the impure semiconductors is called N-Semiconductors

The marrow region at the P-n junction which contains the negative and positive charge is called depletion layer.

A barrier dip is a p.d which oppose more diffusion of charges across the junction.

P – N JUNCTION AS A RECTIFIER:

In this case electrons and holes flow across the P-n junction. This happen because the +ve pole of the battery repel the +ve charge and –Ve pole rel the –ve charges.

A rectifier is a circuit which allow the flow of current I P.d in one direction only:

On one other half the same cycle only the diode D2​​ conducts.

In both cases the current gees through resistor RL in the same direction.

The large capacitor C is used for stabilizing the marying d.c voltage.

Transistor is a component which amplifies current. It is made from three layers of P and n. Semiconductors. The layers are called the emitter (E) base (B) an collector (C)

There are two types of transistors.

Formation of a transistor

A transistor is formed by putting the doped semiconductors together in such a way that two junction are formed.

There are 3 basic configurations

Under thus configuration the transistor has both voltage gain and current gain.

To get volt you need a resistance​​ RL

is the reflection of  ​​

The circuit above is for investigating the variation of current with voltage in the input and output circuits.

The results are plotted below.
The knee of the curves shown corresponds to a low P.d(0.2) the output for higher P.d the output IC​​ varies linearly with VCE​​ for a given value of base current IB.

The linear part of the characteristic is the one used in the audio frequency (a.f) amplifiercircuits so that the output is undistorted.

The results are as follows:-
The input characteristics is non-linear

The results are as shown below:-
The output current IC​​ varies linearly with the input current IB. The current transfer ratio or current gain is given by

In the figure  below​​

1.   An npn transistor has a current gain (Beta) value of 200. Calculate the base current​​  required to switch a resister of 4µA.

2. An npn transistor has a dc base bias voltage​​  of and an input base resistor​​  of 100kΩ.What will be the of base current into the transistor

(The transistor is a silicon type)​​

Given the circuit below, determine

The transistor of silicon type

1. A common emitter amplifier has​​ = 1.2kÎ​​ and supply Voltage of V=12v. Calculate the maximum collector current​​  following throughout resistor when switched fully on (saturation assume.Also find​​ with a voltage drop of 1v across it, the transistor silicon.

It’s a point when the current flow is smooth i.e. not being clicked (excess) and transistor functions.

If​​ =0 transistor is in the cutoff region, there is a small current collector leakage, CEO

Normally​​ is neglected so that  =

In cutoff both the base emitter and base collector junction are reverse based.

When base emitter becomes forward based.​​ is increase, then IC also increases when​​  decreases as a result.

At the point of saturation () not longer valid)

​​ VCE(Sat)​​ for a transistor occurs somewhere below the knees of the collector curve.

The saturation value for​​  (Sat) is usually a few tenth of volt for silicon transistors.

The DC load line, the cutoff and saturation can be illustrated by the load line.​​

Between the cutoff point and the saturation point is where the transistor is active and as most active at the quiescent point.