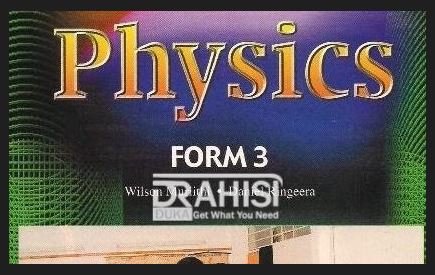 Prism is a solid piece of glass or transparent material that has at least two planes inclined toward each other through which light is refracted. ​​

Is a wedge-shaped piece of glass material or any other transparent material. See the fig. below​​ ​​

Consider the diagram below ​​

​​ Minimum Angle of Deviation,​​ Is the deviation angle occurs when the emergent ray is refracted at an angle equal to the angle of incidence. (Consider the fig below)​​

Consider the graph below shows the relationship between i and D, for which the angle of deviation is obtained​​

This band of colours produced is called​​ Spectrum.​​

The process of splitting white light into its component colors is called​​ Dispersion.​​ ​​

Is the colour which consists of more than one color. ​​ Example, sunlight ​​

Spectrum of colour (red, orange, yellow, green, blue, indigo and violet) is abbreviated as ​​ ROYGBIV​​ .And each of these colours has a different wavelength. ​​

These coloured lights are refracted differently on passing through the prism ​​

The velocity of light in a medium (refractive index) depends on the wavelength of incident light. As a result different wavelengths are refracted by different amounts. ​​

White colour split due to difference in wave length. Shorter wavelengths have higher refractive indices and get bent more than longer wavelengths ​​

Wavelengths of the Colours of White Light​​

Also​​ Newton’s colour disc is used to recombine the colours.​​

The rainbow is a natural phenomenon of dispersion of sunlight by raindrop. ​​

It is formed by dispersion of sunlight by drops of rain. ​​

Since water is denser than air the dispersion of sunlight on a drop of water is the same as when it falls on a glass prism. ​​

The light is first refracted as it enters the surface of the raindrop, reflected off the back of the drop and again refracted as it leaves the drop. (See the fig below) ​​ ​​​​

It is formed when light undergoes one total internal reflection (refracted twice and reflected once) in the water drops. ​​

The violet colour is inside and the red in the outside the bow. It is formed between 400​​ and 420​​ from anti-solar point ​​

Anti-solar point  ​​ ​​ ​​ ​​​​ Is a point that lies directly opposite the sun from the observer, that is, on the line from the sun through the observer.​​

​​ It is formed when light undergoes two total internal reflections in the water drops.​​

The violet colour is outside and the red colour is inside the bow.  ​​

Colour is the property of light that reaches our eyes. ​​

The object seems to have kind of colour due to the fact that it absorbs all colours and reflect the colour that the object has. ​​

Yellow flower is yellow because it absorbs all the other colours in the light and reflects only yellow colour. ​​

When a coloured object is viewed under a coloured light, it takes the colour of that light. ​​

The object will appear blue in blue light and red in red light. ​​ ​​ A colour filter is working on this principle. ​​

Are materials made of glass or celluloid that let through light of certain colours only.​​

Appearance of a white object to coloured light​​

Primary colour is a colour that cannot be created by mixing other colours. Example, red, blue and green ​​

Secondary colour is a colour created by mixing other colours.​​ ​​ Example, cyan, magenta and yellow ​​

From the figure above​​

When mixing two of the primary colors produces a secondary color .That is ​​

When mixing two of the secondary colors, white light is produced​​

​​Additive and subtractive mixing of colours ​​

Is the mixing of coloured light​​

The more colours you add, the closer the result draws to white. Therefore, mixing of coloured lights ​​

Is the mixing of colours of different paints (pigments)​​

Mixing two primary pigments produces a secondary pigment .That is ​​

The pigments act as filters that subtract one or more colours from the visible spectrum ​​ ​​ Blue, Red and Green are, therefore, the​​ secondary pigments. ​​

A secondary pigment absorbs two primary colours and reflects one: ​​

If you mix a primary pigment with a secondary pigment you get total absorption​​ (black). ​​​​ ie​​ Blue + Yellow = Black​​

The primary pigments are the complementary colours of the three primary colours ​​ of light. ​​

Why red light is used for danger signals?​​

ANS: Because red light is scattered the least by air molecules due to its highest wavelength so it is able to travel the longest distance through fog, rain and alike ​​

A red bus with blue letter on its stops in front of a yellow light at right. Describe the appearance of the bus ​​ ANS: In yellow light ​​

The blue letters will appear black​​

Explain what is meant by a spectrum .Describe with the aid of a diagram how would you obtain the spectrum of white light​​

Distinguish between a pure and an impure spectrum. Explain with the aid of a diagram how a pure spectrum can be produced in the laboratory .How are the colours of the spectrum recombined?​​

State , giving a reason for each answer, the colour that results when:​​ ​​

A book​​ which looks red in white light is viewed in magenta light. In what color does it appear?​​

White light is viewed through a combination of a yellow filter and a red filter held in contact. What color is seen​​

Explain the meaning of the term ‘’dispersion’’ of white ​​

A painter has a blue – green (cyan) paint which she wants to make pure green. What color pigment should she add to the paint? Explain your answer​​

Under pure yellow light what will be the appearance of the blue piece of cloth?​​

Danger signs along the road as well as tail and brake lamps of motor vehicles rear are painted red. Briefly explain the reason behind.​​