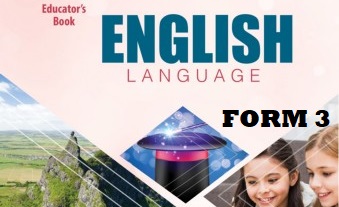 Literature is the work of arts which use words / creative language to express human realities in social, political, economic, and cultural and love

Literature is the work of art which use language and transmitted in spoken and written form.

There are two types of literature, namely

a) Spoken or Oral literature

a) SPOKEN OR ORAL LITERATURE

Is the literature which represented/expressed through oral or spoken form.

Is the literature presented / expressed in written form.

There are two element of literature include;

The form in literature comprises /consist of the following things;

Is the work of arts we use simple language, difficult language by employing figures of speech, proverbs, idioms, saying etc

Is the technique or method which artist used in constructing/performing a work of arts such as Narrating, Monologue, dialogue, straight forward, oral traditional style etc. E.g. Once upon the time

Is the environment where the work of arts events taken.

Is the way which an art organized or arrange event in his / her work of arts e.g. flash back, straight forward.

a) A character –Is a person in a story. Character donate the beliefs habits of mind moral choice and motivation

b) Characterization –Is the creation of imaginary a real person who exists for the leader as real.

In work of arts there so many characters including

But all those character can be grouped into two

Main character: Is the person or people who appear the work of art from the beginning of story the end of the story.

Main character conveys carry the message of the story.

Minor character is the person who appears and disappears as a story continues.

Content refers to what is being said or conveyed or content is what is described in the work of art (literature).

A central or dominating idea in a literary work, Themes of most African work of arts are love, Betrayal corruption, oppression women position, culture, Alienation etc.

In any work of arts which written or Spoken there must be a theme. Also they are center of any literature question.

This is the use learn from a literary work. Normally message is occurred after read a novel titled, a wreath for father Mayer you can get a message that you to have to fight against injustice to build Justice Society.

Or Opposition between one side and another side.

Conflicts arise between characters and their environments, or

Circumstances, or Character himself (internally) conflicts Made a work of arts to precede events.

5. Develop and improve the language use

PRACTICAL ANALYSIS OF THE NOVELS, PLAYS AND POEMS

Growing up with poetry

A wreath for Father Mayer

The Lion and The Jewels

TRANSLATION AND INTERPRETATION
MEANING
See also  General Grammar Questions
Translation is a process by which ideas that are ...