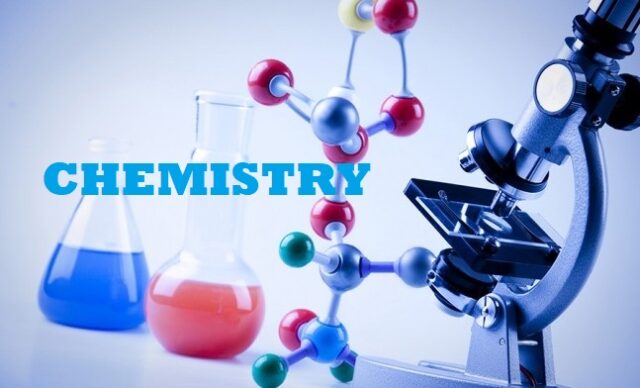 What is a solution homogeneous?

RELATIVE MOLECULAR MASSES IN SOLUTIONS:- A solution is a uniform mixture of two or more substances.

The solution formed can be

i) Solution of liquid in liquid

ii) Solution of solid in liquid

iii) Solution of gas in liquid

iv) Solution of gas in gas

SOLUTION OF LIQUID IN LIQUID

This is the solution formed when two or more liquids are mixed to form a uniform homogeneous mixture.

When the solution of liquid in liquid is formed the liquids are to be miscible.

When the solution is formed the saturated vapour pressure depends on the composition of the components.

The composition of the components is also depends on the mole fraction of such component.

What is mole fraction?

Mole fraction Is the ratio of number of a liquid to the total number of moles of all liquid present in the container.

Consider the solution formed by mixing liquid A and B

Let : nA be number of moles of liquid A

nB be number of moles of liquid B

When expressed in decimal

When expressed in percentage

The Raoult’s law of partial pressure states that

For the Raoult’s law to be feasible the following assumptions are to be considered.

iii) There must be No change in temperature.

A solution made from A and B would only be ideal if the forces existing in the solutions of  A and B were just the same as those existing in pure A and pure B.

Ideal solutions are rare, but they are most likely same to occur with mixtures of two almost identical chemicals e.g. hexane and heptane. Most solutions deviate considerably from the ideal because the interactions within the solution are different from those in the pure liquids.

In an Ideal solution components A and B will have just the same tendency to pass into the vapour phase as they have in pure A and pure B because the internal forces within the pure liquids and the solution are like.

This is illustrated in the figure below. The vapour pressure of pure B is 50 but it is only 25 when the mole fraction of B in a solution with A, is 0.5.

What is non ideal solution?

i) Positive deviation from Raoult’s law

i) POSITIVE DEVIATION FROM RAOULT’S LAW

The positive deviation is observed when the saturated vapour pressure of the solution is greater than the expected one (ideal).

This is due to the large number of molecules that escape from liquid phase to vapour phase.

The shape of the boiling point diagram depends on the nature and the degree of deviation from Raoult’s law of the two liquids concerned. There are three important type of diagram:

i) No maximum or minimum

This type corresponds with the vapour pressure composition diagrams. Any deviation from Raoult’s law is relatively small.

Boiling point composition diagrams with no maximum or minimum

For liquid mixture of any one composition the water vapour with which it is in equilibrium will be richer in the more volatile component i.e. in methanol. The liquid line has therefore an associated vapour line. The vapour pressure composition diagram corresponding with this Boiling point composition diagrams as shown above.

By repeating this boiling condensing boiling point process, pure methanol could be obtained, but the method would be tedious, and the same result can be obtained in one operation by fractional distillation using a fractionating column.

Idealized and simplified representation of the fractional distillation of a mixture of methanol 10% and water 90% using fractionating column.

A simple and effective column for laboratory use consists of along glass tube packed with short lengths of a glassing tubing, glass beads or specially made porcelain rings. The aim is to obtain a large surface area, and there are many patent designs of column.

Industrially, a fractionating tower is used. Such a tower is divided into a number of compartments by means of trays set one above the other. These trays contain central holes, covered by bubbles caps, to allow vapour to pass up the tower and overflow pipes to allow liquids to drop down.

At each point in a column or at each plate in a tower, an equilibrium between liquid and vapour is setup and this is facilitated by an upward flow of vapour and downward flow of liquid, a large surface area slow distillation. It also preferable to maintain the various levels of the column or tower at a steady temperature so that external lagging or an electrical heating jacket is often used.

These state of affairs existing in an idealized and simplified distillation of a mixture of a methanol and water, containing 10 per cent by mass of methanol as shown in the figure above. The figure shows five liquid vapour equilibria which are setup at different temperatures in the fractionating column.

The purpose of the fractionating column is to facilitate the setting up of this equilibria.
Mixtures of varied compositions can be drawn off from different points on the column or tower as is done, for instance in the fractional distillation of crude oil in a refinery.

Thereafter the distillate will 68.2 percent nitric acid be as before. A mixture with this type of boiling point composition curve cannot be completely separated by the fractional distillation.

It can only be separated into a one component and what is known as the constant boiling mixture, maximum boiling point mixture, or azeotropic mixture.
Maximum boiling point of mixtures are also obtain from mixtures of water with hydrofluoric, hydrobromic, hydrochloric, sulphuric and methanoic acids.

Water with propanol or pyridine and ethanol with tri-chloromethane or methyl benzene, also give minimum boiling point mixtures.

An azeotropic mixture may have either a maximum or a minimum boiling point but at any one pressure, it has a fixed composition.

It is a unusual for this composition to correspond with that of any sample chemical formula for the mixture, and there is definitely no compound formation because the composition of the mixture does not depend on pressure.

Moreover, the mixture can be separated into its component parts fairly easily. Such separation can be brought about by the following methods.

a) By distillation with a third component

Quicklime may be used to remove the water from an azeotropic mixture of ethanol and water. Concentrated sulphuric acid will remove aromatic or unsaturated hydrocarbons from mixtures with saturated hydrocarbons in the refining of petrols and oils.c) Absorption
Charcoal or silica gel may absorb one of the components.d) Solvent extraction
One component can be extracted by a solvent.

Phenol and water are completely miscible, forming one solution, above 66oC, but two immiscible solutions may from below that temperature, depending on the composition of the mixture. One of the solutions will be a solution of phenol in water, the other a solution of water in phenol.

The effect of composition and temperature is shown in a temperature-composition diagram below. The temperature above which phenol and water are always completely miscible is known as the upper critical solution temperature. At any point above the curve there will only be one layer, i.e. one solution. Below the curve, two layers will-always form and the curve will give the compositions of the two conjugate solutions making up the two layers.

With triethylamine and water the mutual solubilities decrease as the temperature is increased. This leads to a temperature-composition dia­gram with a lower critical solution (or consolute) temperature of I8,5°C (Fig. (b)). A 50:50 mixture will be completely miscible at 10 °C but will separate into two layers, with compositions C and D, at 50 °C.

Mixtures of nicotine and water are very unusual as they have both an upper (208 °C) and a lower (61 °C) critical solution temperature.

Conjugate solutions have the same total vapour pressure and the same vapour composition; that is why they can coexist together.

i) Mole fraction of that liquid

a) Partial pressure of each in a mixture

b) Total pressure of the mixture

c) % composition of each alcohol in a mixture

6.a) Define the following

c) 10 g of methanol give an ideal solution when mixed with 50g of ethanol. If the vapour pressure of methanol and ethanol at the same temperature are 6265 Pa and 2933 Pa respectively

i) The partial pressure exerted by each component in the mixture

ii) The component of the vapour

Azeotropic mixture is the mixture of two different components with constant vapour pressure and boiling point and it cannot be separated by fractional distillation.

b) Liquid Q and R from a non ideal solution. If liquid Q boil at 100oC and R boil at 43% less than that of Q. On boiling the azeotropic mixture was formed at 56% composition by mass liquid Q and boil at 51oC

i) Plot the temperature composition graph

ii) What type of deviation is shown by your graph?

a) What do you understand by the following terms

c) The mixture container the following water and nitric acid which boil at 86oC . The composition of azeotropic is 68% by mass nitric acid

i) Plot the boiling point curve which represent above data

iii) Account for the distillated and residue on distilling the mixture contains 78% by mass HNO3. If azeotropic temperature is 12oC

iv) Is the deviation positive or negative? Why?

i) Raoult’s law states that

When a solute is added to two immiscible solvents it distribute itself between the two solvent until the ratio of concentration of solute in one solute to another is constant, provided that solute remains in the same molecular state in both solvent and temperature is constant

b) The ideality of a solution is approached when it is made more dilute because the attractive or repulsive forces between solvent and solute molecules become weaker and cause the gas to obey assumption Raoult’s law .

As a solution become more dilute