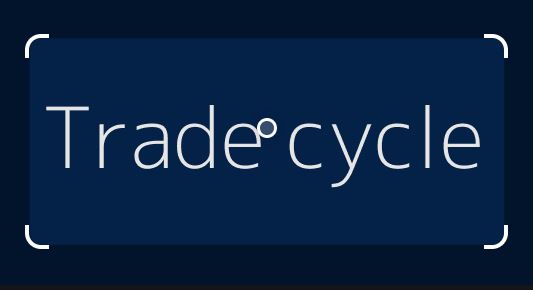 TYPES OF TRADE CYCLE
A damped Cycle
The fluctuation become smaller and smaller over time. 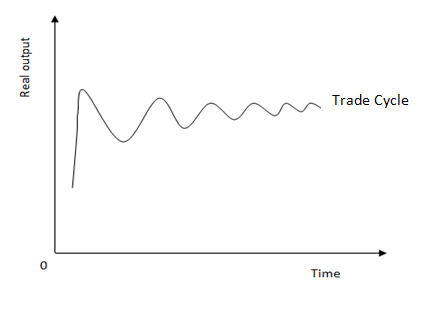 An explosive cycle
The fluctuations become larger and larger overtime 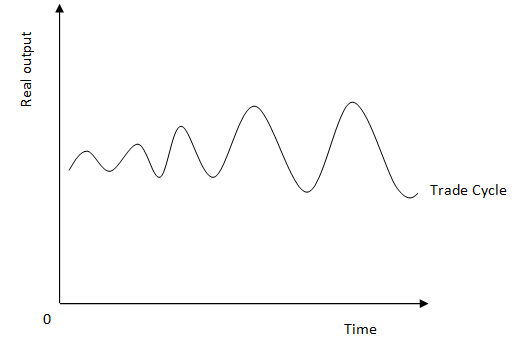 PHASES OF TRADE CYCLES
Trade cycles has four (4) phases which are arranged in order as below;-
1. Depression (trough/ slump)
2. Recovery (revival/ expansion)
3. Boom (peak/prosperity)
4. Recession (downturn/ contraction)
Characteristics of phases of trade cycles
This is a period when economic activities are at the most lowest level. Therefore it is the period where there is maximum decline in the level of economic activities.
Characteristics of Depression

Attempts are made by some economists to explain trade cycles interms of psychology. There are moods of optimism alternating with moods of pessimism. At some stage people just think trade is good and that it is going to remain good.

Business activity is intensified and become flourish.Then all of a sudden, people start thinking that the period of prosperity has lasted long enough and adversity is round the corner. Thus although no valid reason for depression to come about, but it is brought about b the people themselves. It is all psychological.
The psychological theory lacks any sound basis. There is conjectural element in it. There is no doubt that, individual fluctuations are affected by the waves of optimism and pessimism and are intensified by them. But they do not explain the cause of the trade cycles or their periodic aspect.
5. Under-consumption theory.
According to under consumption theory, there is too much saving during a boom and further additions to saving reduce the level of consumption. A reduction in the level of consumption in the case of increasing productive capacity, must sooner or later lead to the collapse of the boom.
The under consumption or over saving theory contains an element of truth. But it cannot be the adequate explanation.Eg;if the under consumption theory were exclusively relied on, we expect the consumption goods industries to fluctuate more than investment goods industries. But exactly reverse is the case in real life during a trade cycle.
6. Keynes Theory.
According to Keynes, trade cycle is caused by changes in the rate of investment, the rate of investment is caused by the marginal efficiency of investments, ie profitability of investments, if the rate of profit declines, investors are discouraged to increase investments, the economy falls into a recession and the rate of profit increases. Investors are encouraged to increase investments and therefore the economy will experience recovery.
7. Political Theory
According to this theory, fluctuations in economic activities are caused by;
– Actions of politicians who apply expansionary monetary and fiscal policy for their political interest. I.e. to gain popularity this policy led to economic prosperity in the short run, but after winning elections politicians apply contraction monetary and fiscal policies which lead to economic contraction.
– Political stability and instability; When there is political stability, investors are encouraged to increase investments causing economic growth. In contrast when there is political instability investors are discouraged to invest and thus an economy falls into recession.
8. Modern Theory
According to this theory trade cycle occur due to multiplier and accelerator processes. An increase in investments leads to an increase in income which stimulates further increase in investments through the accelerator process and increase in investments stimulates further increase in income. Therefore economic recovery or a boom is caused by the effectiveness of the multiplier and accelerator processes while economic recession is caused by ineffectiveness of the multiplier and accelerator processes.