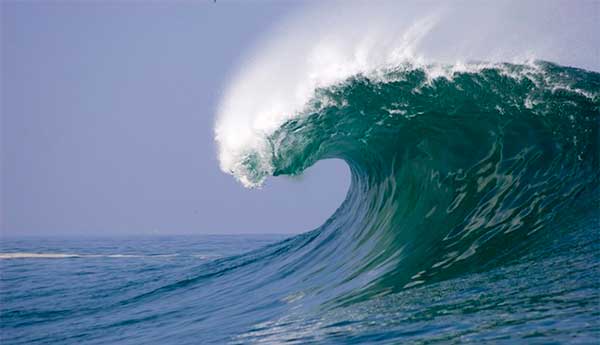 WAVE ACTION AND THE FEATURES IT PRODUCES.

-Is the horizontal movement of ocean water, in the movement process it does the following three main works: These are:-erosion, transportation and deposition

-Waves should not be confused with tides which are the vertical movement of sea water.

-The movement of sea water towards the beach is known as swash.

-The movement of water from the beach back to the ocean after the breaking waves.

-Is the split of the wave when it releases its energy on the coast.

– This takes place along shore (coast). It is determined by the nature of the rock and strength of the waves.

WAVE EROSION PROCESSES CAN BE DIVIDED AS FOLLOWS

-These kinds of erosion taking place when the rock fragments (particles) carried the waves are used as tools of erosion. They usually bang and cut the bare of the cliffs

-This occurs when water is thrown against the cliff. The air pressure expands the cracks and so the rocks are broken into smaller pieces.

-This is the breaking down of the materials carried by waves when they crash among themselves to form smaller particles.

-This occurs in the coast consisting of limestone rocks. The carbon dioxide in the water will change the insoluble calcium carbonate (caco3) (in limestone) to calcium Hydrogen Carbonate  Ca(HCO3)2 which is easily removed.

*Cliff: Raised land facing the sea going in land (into the land). It is vertical.

Wave Erosion leads to the formation of the following features

-This is a chamber of a big hole formed by water when soft rock is removed by the waves usually soft rock materials are washed away by strong waves and taken to the ocean in the same way – is a natural chamber extending into the head land or the cliff along the coastline. The weakness as opened up by wave abrasion and hydraulic action.

-This is a feature which is formed when two waves in opposite are joined usually the top of this hole is roofed by a hard rock.

->Is a curved opening through the head land resulting from a head land eroded right through from one side cave to the other side of the head land.

Refers to a high promontory with a steep faces, projecting into the sea or a lake and which is mostly formed as less resistant rocks have under gone erosion.

-Refer to curved indentation of the sea into the land which is formed as a result of the removal of less resistant rock.

-Is a narrow sea in let formed along the coast of alternative rock hardness, the soft rock band easily eroded and produce sea inlet.

– Is a long narrow sea inlet which penetrates the cliff formed when the roof of a blow hole collapses.

g) Blow hole; – Is a hole which extended from the cave to the surface of the upper part of cliff formed due to abrasion and hydraulic action against the cliff with a cave, makes the hole of the cave to be more enlarged and reach the top.

– Is a reduced stack in height under water, usually visible at low tides.

-Continuous wave action can make the stack get lowered in height and completely immerses in water.

– Is a high more or less vertical walled rock surface which borders the sea.

– Formation of a cliff starts with the development of a notch along the coastline. (Notch is a hole formed on the rock face of the coastline due to continuous beating of waves).

– Due to continuous beating the notch is expanded and finally results to the occurrence of the outgrowth rock known as cliff.

– Formation of cliff depends on nature of the rock, stratification and presence of joints.

a) Waves attack a steep slope/coast.

b) -A notch forms at the high tide level mark

j) Wave cut platform– Is a fairly that part of the shore which is formed by wave  erosion as the cliff line retreats inland. Cliff being more steep or vertical may collapse seawards due to denudation thus mass of the collapsed cliff accumulate over a wider area in the ocean to produce wave cut plat form e.g. found in the west coast of Norway.

-The eroded material are transported and deposited on the shore along the coast. The deposited materials is those that have been eroded from the coast its self or from the rivers.

The following are the wave deposited features;

1. Beach;-This is the accumulation of sand, pebbles, shingle and mud on shore along the coast. The material decrease seaward (from the coast to the sea). The arrangement follows this pattern. Boulders, Shingles, pebbles, sand and mud. (Smooth surface).

– Formed by constructive waves on the gentle sloping surface between high and low water level.

-Unlike a spit, a bar is not attached to the land.

a) Tombolo
– Tombolo is a type of bar which connects the land and an island.

Occurs when a bar joins an island to the main land.

– Accumulation of sand where one end attaches coastal and the other end is attached to the island.
GEOGRAPHY FORM FIVE-Physical Geography-WAVE

Different between an estuary and a Tombolo.

-Sometimes a spit can become curved/ hooked when formed on hard land and when waves meet the end obliquely.

– Is the bar that runs across the bay.

c) Off-shore bar
-Accumulation of sand deposited on the gentle sloping sea bed (off shore zone) where sand is thrown up by waves breaking some distance from the coast.

– Deposits of mud in the base of the ocean. They can be reclaimed (modified) and become very fertile.

-Deposit of fine soil and silt in the gently sloping coast especially in the bars/estuarine.
Example Lamu mud flat along East Africa Coast at the mouth of river Rufiji etc.

– Is a shallow enclosed amount of water which is usually caused by deposition of materials at shallow waters of the ocean.

-Is a shallow area of coastal water completely or partly separated from the open sea by sand banks (bars or spits).

E.g Benin(Dahomey, Nokone and heme to the east of Nigeria.)

Is a large triangular deposit of sand or shingle which is terminating sea wards.It is formed as two(2) spits which form towards each other eventually merge. 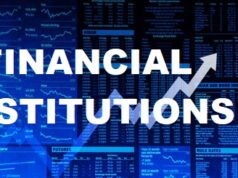 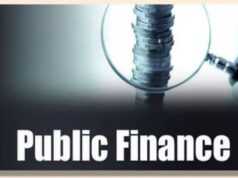 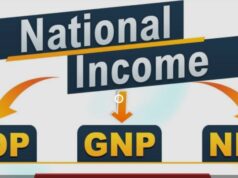