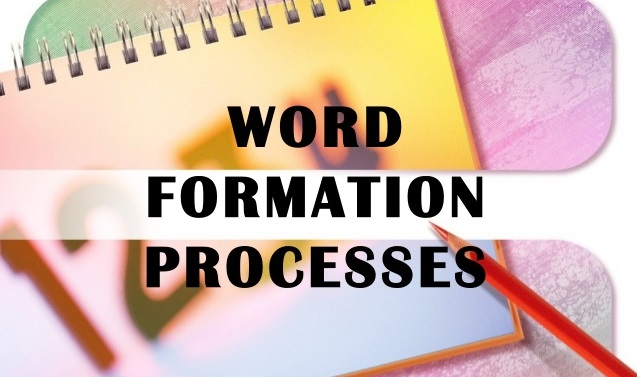 The processes of forming words can be grouped into two;

Major word formation processes are commonly used in forming words. They include:-

Major word classes are those which are not commonly used in forming words. They include:-

Conversion is a word formation processwhere a word/base is converted into a new word class without changing its form.Examples;

CRDB is a commercial Bank      I bank with Exim Bank

Compounds can also be regarded as Opaque or Transparent

Transparent compounds are those compounds whose meaning is the same with that of separate element (compound) i.e. the meaning is clear e.g. blackboard, newsroom, birthday etc.

Affixation is the process of forming words that involve an attachment of an affix to a root or stem. Affixation has three processes which are;

Preffixation is the process of putting an affix before the base form e.g. un+ true – untrue

it is added to Added toAdjectives,VerbsandNouns.

it is added to Adjectives and verbs

itisadded to Adjectives and Nouns

(i) MIS – It means wrong orastray)

it is added to verbs

it is added to verbs

(i) ARCH – It means supreme, highest or arch

(ii) it means above

(iii) OUT – It means to do something better

(v) UNDER – It means low quality

(vi) MICRO – It means something small.

(vii) MACRO- It means something big

(i) CO- It means joint or accompany with

(iii) ANTI- It means something against/ being against

(ii) FORE- It means before.

(i) INTER- It means between/among

(ii) TRANS- It means across

(iii) SUPER-It means over or above

Is a process of putting a morpheme after  the base

added to nouns or adjectives to form transitive verbs

(iv) –ish (belonging to, having the character of)

added to nouns to form adverbs of manner, viewpoint etc

Refers to insertion of an affix into the root or stem

there is no infixation process in English word formation

Is the process of forming words by  removing one or more syllables from a word.

clipping may occur at:-

Is the process of forming words by taking initial letters of words in phrase, sentence or names.

There are two types of acronyms:-

Examples of English wordsborrowed from other languages include:-

It refers to the process of forming words through repetition of the same or almost the same sounds.

It refers to the process of forming words through invention of new terms.

It refers to the extension of the meaning of a word to include new, foreign meanings. for example  the word “tick” its meaning has been extended semantically  to mean an “exploiter”

e.g. the noun Television first into use then the verb Televise was created from it. Baby-sit has been created from the earlier noun Baby-sitter

It is a process which involves reduction. a  word of one type (normally a noun) is reduced to form another word of different type (usually verb)

This is a process which involves the change of the structure of a word.